The Healing Compounds in Cannabis

THC and CBD are produced by the cannabis plant, and are pharmaceutically known as phytocannabinoids or cannabinoids.

2-arachidonoylglycerol and anandamide. Cannabinoids from the cannabis plant mimic these perfectly and can supplement and augment your body’s cannabinoids to provide holistic therapies.

What is interesting about these compounds, is that while each of them contain their own unique set of therapeutic properties, they all work synergistically with each other to provide a more powerful therapy, in what is known as the Entourage Effect. In fact, not only do the cannabinoids help each other, they also work synergistically with the therapeutic terpenoids that are naturally produced by the cannabis plant! 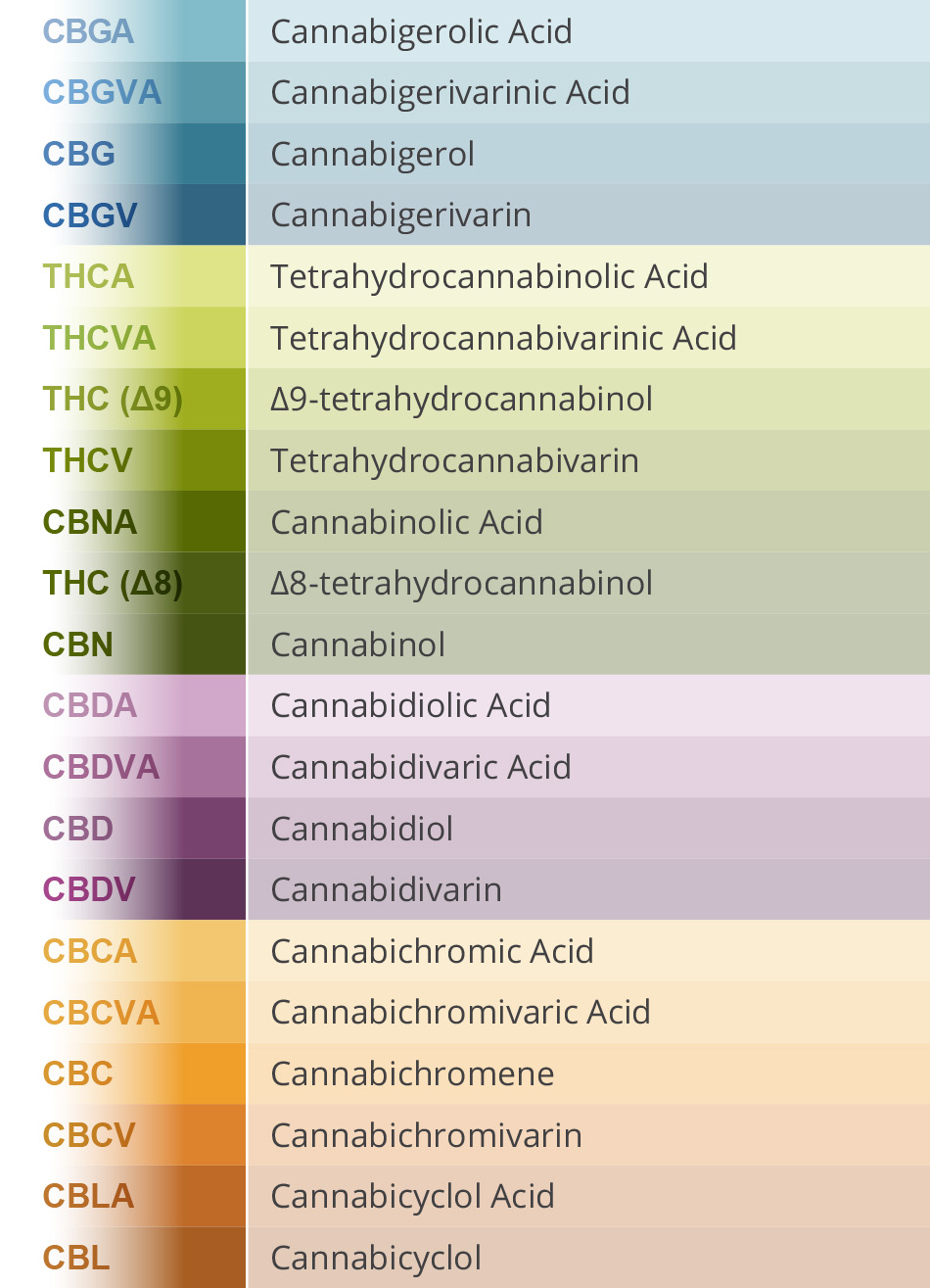