Strain Spotlight: Do Si Do 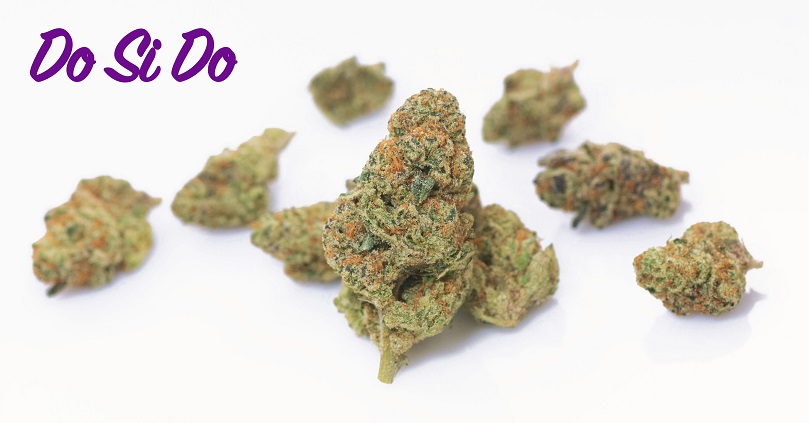 Markedly more impressive than the Girl Scout Cookie variety it derives its name from, Do Si Do is a potent indica-dominant strain offering patients an imposing combination of impeccable flavor and heavy-bodied effects. It has garnered a well-earned reputation for its powerhouse genetics and therapeutic properties within its relatively short existence, and is constantly being sought out by growers and patients alike.

Do Si Do originated out of the Pacific Northwest, sprouting up sometime in the mid-2010s courtesy of Archive Seed Bank breeder ThaDocta. Its enviable OGKB Cookies x Face Off OG Bx1 genetics encourage tight, dense buds and a refined Cookies-like aroma, catching the eyes and noses of afficianados across the globe. Not surprisingly, the strain has quickly become a major hit right here in Northern California as well, placing second for ‘Best Hybrid Strain’ at the 2015 San Francisco Patients’ Choice Awards, and earning a feature from SFGate.

Aesthetically, Do Si Do separates itself from the rest of the tightly knit Cookies family with its one-of-a-kind dense nugs and striking purple hue. Visible trichomes coat the buds’ entire exterior, and an unmistakable Cookies-esque fragrance emanates from the jar--enough to persuade most patients to give this strain a closer inspection.

Do Si Do’s most prominent terpenes have been identified as Limonene and Caryophyllene--two distinct compounds offering an array of beneficial qualities.

Limonene is, as its name suggests, a citrus-scented terpene, that, outside of cannabis, is best known as the main ingredients in ‘citrus cleaners.’ Offering patients mood-elevation, stress-relief, and antifungal properties, limonene is generally linked with sativa-dominant strains such as Jack Herer, Super Lemon Haze, etc.

Upon consumption, Do Si Do’s effects are swift and potent. Testing in the mid- to high-20s in THC percentage and providing a powerful ‘body-stone,’ this strain is generally recommended for veteran patients. “The high hits you fast and hard with a cerebral rush of euphoric energy that lasts for only a few moments before fading into a happy stoney introspection,” says AllBud.com. “As your mind falls deeper into itself, a warming body buzz will start to wash over you, first moving down your spine before extending through your limbs, leaving you helplessly sedated and completely couch-locked.”

Do Si Do ($55/eighth) and Do Si Do Minis ($20/eighth) are currently available at Elemental while supplies last. Be sure to ask your consultant about this strain on your next visit!