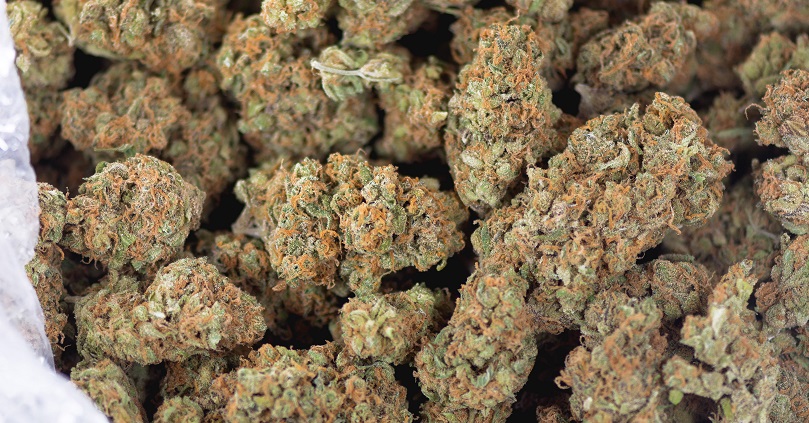 Sifting through the list of racy, sativa landrace strains, legendary Durban Poison tends to overshadow the competition. After all, its appeal to sativa lovers is no mystery; it was described by The Cannabist as packing “a level of raciness that will have you wanting to clean your house.” And while it's certainly worthy of the praise, many patients’ knowledge of African sativas begin and end with Durban; that’s a shame, because they’re missing an absolute gem in Red Congolese.

While it may not be as established as other time-tested landrace strains, Red Congo has created a palpable buzz in its relatively short existence. Named one of “The Best Marijuana Strains of Summer 2015” by East Bay Express and securing a medal at the 2013 SoCal Cannabis Cup, the strain has enjoyed sustained popularity within California.

In addition to the Congo’s pure genetics, its remarkable appearance is sure to pique the interest of patients. Passing the “eye test” with flying colors, the strain offers an overload of wild Vermillion-colored hairs strewn throughout its long, chunky nuggets. The dense buds give just slightly when squeezed between the thumb and index fingers, leaving visible remnants of its plentiful resin behind.

Better yet, Red Congo pleases more than just one sense: its pungent aroma quickly escapes the bottle upon opening, providing an earthy, cheese-like scent that adequately announces its arrival. The fragrance is a result of the strain’s most prevalent terpenes as identified by our SC Labs analysis: Myrcene and Pinene.

Myrcene is the most common terpene found in cannabis, providing an “earthy, clove-like odor,” and is thought to increase the potency of certain cannabinoids, like THC. With already-elevated THC levels, this makes Red Congolese a seriously psychoactive experience! Pinene is likely responsible for the strain’s awareness-promoting effects, as Whaxy reports its medical benefits include “increased mental focus and energy.”

Moving forward, the preparation process proves to be painless, as the buds break down with relative ease into a desirable consistency for either joint-rolling or bowl-packing. Those with kief catchers will want to use their grinders in order to reap the rewards of Red Congo’s unusually high trichome count. Once our collection of ground-up flower and still-intact hairs were gathered into our chosen smoking apparatus (RAW Rolling Papers, available now at Elemental) it was time to medicate.

Delivering on the promise made by its nose, the initial draw from the joint tasted strictly of funk (the good kind), and seemed to provide instant stimulation of both the body and mind. We were a measly halfway through our cone, and I already found myself simultaneously wanting to run a marathon and write a dissertation on the Harry Potter series. We snuffed out the roach, and enjoyed the strain's powerful effects for the next couple hours: a stoney-behind-the-eyes feel, coupled with notable mood enhancement that had us laughing like Robert DeNiro in Cape Fear. With little detectable lethargy as the effects waned, Red Congo was a seriously enjoyable experience from start to finish!

Red Congolese is definitely recommended for patients seeking a high-energy sativa that doesn’t cause drowsiness afterward! Be sure to ask your consultant on your next visit!