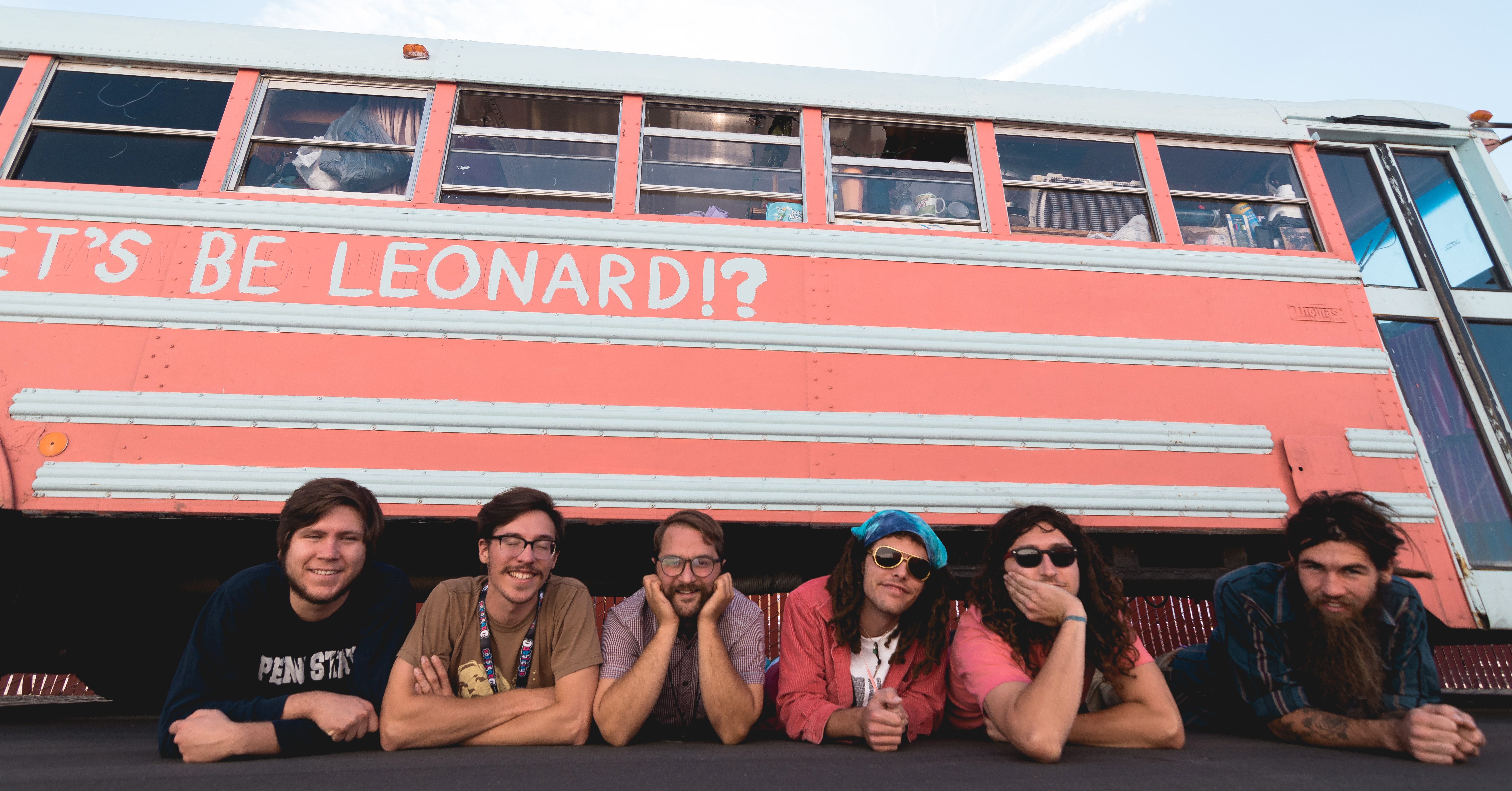 We have a handful of specials and promos lined up for Veterans Day (Friday, November 11th) to honor the men and women who have selflessly served our amazing country! Additionally, we'll be providing live entertainment from 2:00 - 4:30 p.m. in the form of “rock-n-roll jazz explosion” Let’s Be Leonard out of Saratoga Springs, NY! The sextet has been super busy with its current self-funded, cross-country tour, but Elemental was lucky enough to catch up with the guys for a quick chat on everything from cannabis to astronauts:

EW: Hey, guys! How’s your tour been going? How long have you been on the road so far?

LBL: We’ve been on the road since October 1st, and it’s been crazy! So far, it’s definitely been better than our last, 5-week tour--we got all the way to Austin, Texas on that one. But, yeah, it's been real fun so far.

EW: How did Let’s Be Leonard form?

LBL: Karl and l played at Open Mic Nights in our area. Then, we went to college with Connor; Connor played the saxophone, so we were just like ‘Hey, come play with us at Open Mic.’ Then the rest of the guys kind of came together at Open Mic night as well, and now here we are!

EW: Sounds like your hometown has a cool music scene. How would you describe your guys’ sound and who are some of your influences?

LBL: Ummm, I’d say we’re a heady jam band. And, we enjoy listening to jam bands but we also appreciate real songwriters. Basically, we have a lot of influences, we like hip-hop too--we actually have one hip-hop song. We just kinda write whatever; we’re constantly influenced by new things, so we just write whatever we’re feeling at that time.

EW: I’m sure you’ve been asked this plenty of times before, but how did you guys decide on your band name?

LBL: Ummmmm, it was the name of our first dog [laughs]. No, it’s just a dumb name [more laughs]. Karl texted Connor and said, ‘Hey, let’s be Leonard.’ And he meant, like, just ‘Leonard,’ and Connor was like, ‘Oh, I like it.” And that’s how it happened. We always wonder what would have been stupider: going with just ‘Leonard’ or ‘Let’s Be Leonard.’ You should come see a show or something, and you’ll be Leonard, you'll get it [laughs].

EW: Your website says it was developed by astronauts. Is that true? Can you elaborate on that further?

LBL: Who said that!? [laughs] Just kidding. Karl did a revamp a while ago, and he put some really good stuff up there. You know, we’re goofy and fun, and we try to relate that at shows and on the internet.

EW: OK, cool. I imagined some guys up on the International Space Station coding your website and everything.

LBL: No, no, just doing all that kind of [computer] work, at some point you're just like, ‘I gotta have fun with this,’ sitting behind a computer for so long.

EW: That’s understandable. I know there’s a lot of you, but for any of you that haven’t been to California before now, what’s been your impression so far?

LBL: It’s been really nice--warm and sunny. I really like what I’ve gathered from the state so far, just sensory-wise: it smells really nice, great views with the mountains and the valleys; it’s been great. We’re looking forward to getting to see some more of it.

EW: Do you guys use cannabis?

LBL: It’s mainly just two or three of us, but I’d say we’re all casual users. I use it to get to sleep, I’ve always had sleeping issues, and that’s always just been a huge thing for me. I also love to play music [after using cannabis]; I actually think I wrote my first song when I was high. I love music regardless, but weed enhances it.

EW: You guys stopped in Colorado earlier on the tour--did you stop at any collectives there? If so, how was your experience?

LBL: It was interesting, but you don’t get to see quite as much of the product compared to here. Just passing through [the Elemental Wellness showroom], you get to see a lot more medicine instantly. In Colorado, it seemed you had to be right up at the counter before you could see anything or get any info. Just the lighting and vibe on the floor [at Elemental] felt very welcoming; some of the shops we stopped at in Colorado were a bit intimidating.

EW: Your website says you're stopping at a few more locations in California, can you tell us about those?

LBL: Yeah, Santa Cruz and San Jose. We play Bocci’s Cellar in Santa Cruz on the 10th and 13th [of November], and JJ’s Blues Lounge in San Jose on the 19th. We’ll be here a while.

EW: Anything else you’d like the people to know?

Again, you can “be Leonard” with Let’s Be Leonard at Elemental 2:00 - 4:30 p.m. on Veterans Day! Stop in, enjoy some great live music, and take advantage of our limited-time specials!

Hope to see you there!