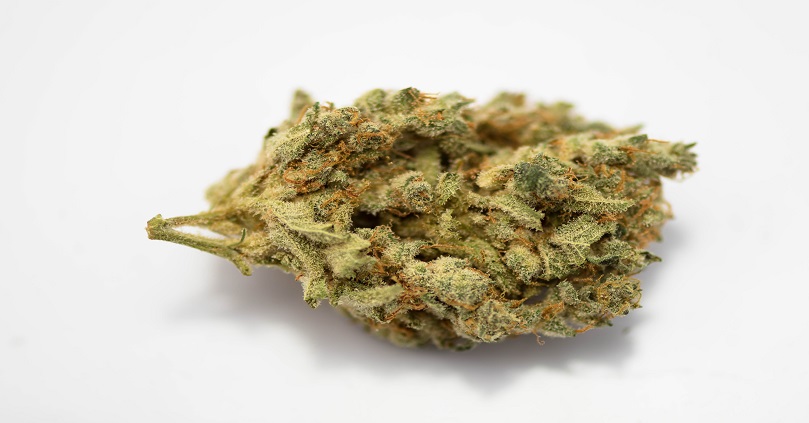 For a unique spin on a classic strain, Elemental members will want to ask their consultant to glance at our top-shelf Maple Wreck. This Trainwreck phenotype is revered for its “rich aroma of maple syrup mixed with woody bark,” and uplifting, mood-enhancing qualities. Remnants of its Trainwreck lineage can certainly be detected, but the distinct aroma and nug structure create a totally original medicating experience.

The dense coat of trichomes, visible to the naked eye, engulfing the nugs will likely be patients’ initial observation. Maple Wreck is an extremely resinous strain, thus a grinder is recommended for the preparatory process. Burnt orange hairs are woven throughout the long, sativa-dominant buds, superbly complementing its muted green primary hue. It gives slightly to pressure when pressed between the index finger and thumb, yet doesn’t crack or crumble, indicating desirable moisture content.

Boasting “Maple” within its name, the strain conjures up a certain expectation in patients’ minds before its container is ever opened--and it surely delivers. Even veteran patients will find the delightful blend of Canada’s favorite syrup and piney Trainwreck to provide a one-of-a-kind taste and aroma. Thanks to our SC Labs full-spectrum analysis, we know these qualities are largely influenced by the strain’s most prevalent terpenes: Limonene and Myrcene.

Limonene can be identifed by its strong citrus-like aroma; studies have revealed it may help elevate mood and relieve stress as well. It’s found in high concentrations in other strains such as Jack Herer and fruits such as lemon. Myrcene is praised for its pain-relieving properties and has been shown to help increase the efficacy of many cannabinoids. It assists THC in passing through the blood-brain barrier, while joining forces with CBD to help battle inflammation. Also found in hops and mangos.

Generally testing in the mid- to high- 20s in THC percentage, the Maple Wreck packs a discernable cerebral punch to accompany its impressive aesthetics. Its sativa-leaning genetics make it an ideal selection for members seeking functional daytime medication. High-tolerance patients suffering from depression gravitate toward the strain for its euphoric, mood-enhancing features; chronic pain suffers appreciate the relief it offers, while keeping lethargy to a minimum. The growers utilize a “semi-organic recipe which is top fed to our plants utilizing a recirculating system”; the extra care is clearly evident in the final product.

The promise offered by the splendid aroma and appearance of the Maple Wreck is made good upon the first puff. The rich syrupy flavor is seemingly intensified upon combustion, further affirming the strain’s choice in name. The pronounced taste lingers on the palate long after exhaling--more reminiscent of a morning stack of hot cakes than a bowl of cannabis. The effects are palpable and quick-acting: a powerful wave of euphoria, coupled with cerebral, thought-provoking kick. It was immediately evident why the strain is a hit with on-the-go patients; a hike up Mission Peak sounded much more appealing than Netflix on the couch. Use the Wreck as a companion to help knock out that chore list you’ve been putting off for the last month, while feeling better about it than you should.

Maple Wreck is currently available at Elemental Wellness. Ask your consultant to take an up-close look at the batch today or check it out at our new Cannabis Information Station.

Be well and hope to see you soon!