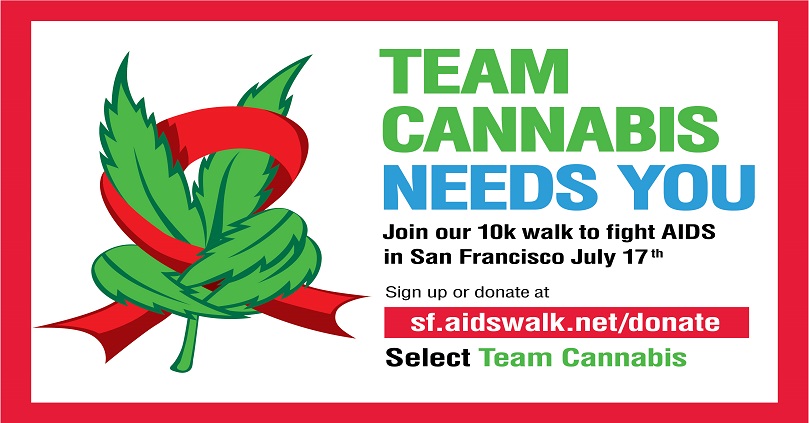 Elemental is ecstatic to be participating in the 30th annual AIDS Walk San Francisco along with Dark Heart Nursery and Team Cannabis! The proceeds raised by Team Cannabis this year are set to benefit Project Inform, Project Open Hand, and more than 40 other Bay Area AIDS service organizations.

AIDS Walk San Francisco is the single largest AIDS fundraising event in Northern California—the event has raised $86 million for HIV programs in the Bay Area since 1987, including $2.3 million in 2015. The organization vows that the money raised serves “tens of thousands of people living with the disease and helps prevent hundreds of thousands more from becoming infected.”

Team Cannabis has shown strong support for this event in the past. In 2015, it contributed a substantial amount of money to the campaign—enough to be the second largest donor, ahead of both Google and Twitter. It’s comprised of various leaders of the cannabis industry, who’re “walking to end the HIV/AIDS epidemic and cannabis prohibition.”

Project Inform and Project Open Hand, two primary beneficiaries of this year’s Walk, are organizations aimed at making the Bay Area a better place for all residents.

Project Inform, according to its website, strives for an HIV-free future by focusing its efforts in four areas: drug development, bio-medical prevention, education and health care access. In California specifically, it “assures that 38,000+ Californians get free HIV medications who could not otherwise afford them.

Project Open Hand has helped to feed the critically ill and senior citizens for more than 30 years. Working tirelessly to assist those in need, Open Hand “prepares 2,500 nutritious meals and provide 200 bags of healthy groceries to help sustain our clients as they battle serious illnesses, isolation, or the health challenges of aging.” It directs its attention on San Francisco and Almeda Counties, dispatching more than 125 volunteers daily to help spread the love.

If you’d like to get involved, either by joining our team or donating money, you can do so right here.