Blog / News & Trends / What Type of Nail is Best for Your Dab Rig?

What Type of Nail is Best for Your Dab Rig? 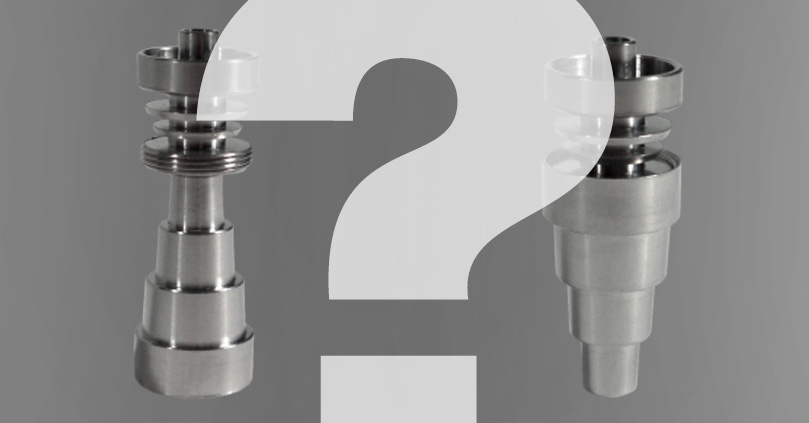 When a patient initially chooses to venture into cannabis concentrates such as wax or shatter, they must first decide which method is best to consume their extract. Many use coil-based vaporizer cartridges, some sprinkle it onto their flower, and others prefer the newest method of consumption, termed “dabbing.” Dabbing is the process of touching a desired dose of extract onto a heated surface, then inhaling the vapor via a rig (a specially designed bong for concentrates).

The rigs are, to a certain extent, uniform in composition, but it’s the question of what heated surface works best for vaporization that has cannabis connoisseurs somewhat split. Some concentrate users enjoy a titanium nail, a few prefer ceramic nails, and others are inclined to go with the quartz “banger.” While one isn’t necessarily better than the others, which one best fits a patient’s needs will depend on what qualities of cannabis and the medicating process are of highest importance to them.

Since the popularity of dabbing has exploded over the last five years, titanium nails have likely been the most commonly chosen rig attachment for concentrate users. Many consider it to be the “Jack of all trades” option, as it’s consistently solid across the board, but doesn’t necessarily stand out among its peers in any specific functionality.

Dependent on one’s desired effects, you’ll want to heat your nail to a certain temperature; for the average user this takes 15 to 25 seconds with titanium, which is considered average. Once the nail is properly heated, titanium retains that heat for, again, a somewhat standard amount of time. It won’t cool off before you get your extract off your tool and onto the nail, though you probably won’t have time for multiple dabs before reheating.

Titanium has the strongest durability of the three, which can be beneficial whenever the unfortunately inevitable drop does occur.

“A lot of beginners tend to start with titanium because it’s less intimidating,” said Sam, Elemental Nursery Supervisor. “And the titanium e-nails are great for everyone—it can handle the stress of the coil applying heat to it for extended periods of time.”

Ceramic nails are praised for having the longest heat retention of the three options, but knocked slightly for lack of durability and time required to properly heat. It can take upward of 30 seconds to sufficiently heat a ceramic nail with a torch, sometimes causing patients who want to minimize preparation to look elsewhere. Additionally, it’s prone to heat stress from simple daily use, and isn’t likely to survive a severe drop.

Its saving grace is its heat and flavor retention, which have both received great feedback from patients.

“It’s a great option to preserve flavor and holds heat well,” said Sam. “But you have to be careful to apply heat evenly—ceramic tends to crack and even heating can prolong your nail’s life.”

Lastly, quartz nails are favored by many due to their efficacy at lower temperatures. Low temperatures are desired by many patients who wish to preserve the terpenes in their extract. It also boasts a supremely manageable heat-up time, which most place in the five to 10 second range.

Alternatively, it has the worst heat retention of the bunch, often losing heat approximately as quickly as it gained it. Also, while not quite as fragile as ceramic, quartz is susceptible to breakage.

“Quartz is my personal favorite—mainly because of the flavor retention and superior airflow,” said Sam. “It’s great for efficient low-temperature dabbing; quartz and ceramic tend to waste a little medicine at lower temps.”

Though each of the three have benefits of their own, one nail isn’t universally better than the others. If durability is a major concern, the resilience of titanium may best suit your needs. If heat retention is your top priority, ceramic could be your best bet. And if it’s flavor that you’re after, quartz may be the answer in helping get the most of your terpenes.

Whatever your preference, join us at Elemental on July 10th for a super fun 710 day. We'll have some of our cherished providers here, explaining the different types of concentrates, plus loads of great deals on extracts!