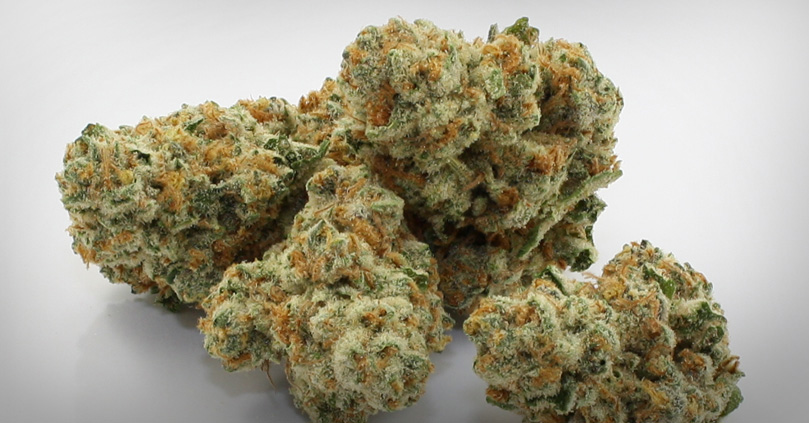 The strain dubbed simply ‘Lime’ has been popping up on the Elemental top-shelf flower menu with increased frequency over the past few months. And that’s with good reason: this indica-dominant hybrid has been wowing patients with its one-of-a-kind taste and aroma since it arrived on the menu.

The origins of Lime are a bit hazy, but here’s what we do know: it was initially obtained as a bag seed from a cut of Key Lime Pie (Girl Scout Cookies phenotype), but doesn’t bear much resemblance to the genetics of its parent plant. Offering no trace of the kushy, earthy scent of the G.S.C., this phenotype instead possesses a striking blend of cream and sweetness—sure to elicit a couple additional whiffs from patients.

Upon first glance, one will notice the abundance of dark orange hairs strewn throughout, complimented by a deep hue of green across the nug’s structure. With a visible layer of trichomes sprinkled on top to boot, the strain’s appearance is reminiscent of the popular Super Silver Haze, which is also noted for its firery orange hairs and hard-to-miss trichomes.

Once the initial bud is cracked, the aforementioned aroma is seriously amplified–a true test of smell for many connoisseurs. Our Steep Hill lab report for the strain indicates the most prevalent terpenes in Lime are Limonene, Pinene, and Terpinolene.

Accounting for over a third of the total terpene content, Limonene is a dominant presence in the strain. It’s known for its sweet, citrus flavor and is also commonly found in fruits like oranges and lemons. It’s thought to possess both anti-anxiety and mood-enhancement qualities.

Pinene, found in slightly smaller amounts, is lauded for its anti-inflammatory and awareness-promoting characteristics. Its sweet, piney fragrance is distinguishable within Lime, and serves as a desirable compliment to Limonene.

Lastly, Terpinolene can provide a sedative effect for patients suffering from insomnia. This mildly offsets the two previously mentioned terpenes nicely, leading to the balanced-hybrid effect the strain is known for.

Once the flower is properly grinded, the broken down product is soft and workable—optimal for use in either a bowl or joint. Though we were initially convinced the taste couldn’t possibly hold candle to the unforgettable scent of Lime, that theory was quickly disproven upon first puff. The uniquely sweet aroma translated superbly to smoke—almost liable to convince one they did indeed sink their teeth into a fresh lime.

The effects are instantaneous—an immediate feeling of euphoria, followed by a calming wave of relaxation. Its moderate THC content—usually in the 18-20 percent realm—is palpable, but never overwhelming, making it desirable for patients who must remain functional throughout the day.

“Lime’s great: it’s giggly and mellow—not too heavy of an indica to where I’ll pass out,” said Elemental Consulting Supervisor Jen Ruperto. “I recommend using organic papers if you roll joints, so you can savor the unique flavor of this flower!”

Be sure to ask any of our knowledgeable consultants about Lime next time you stop in Elemental!