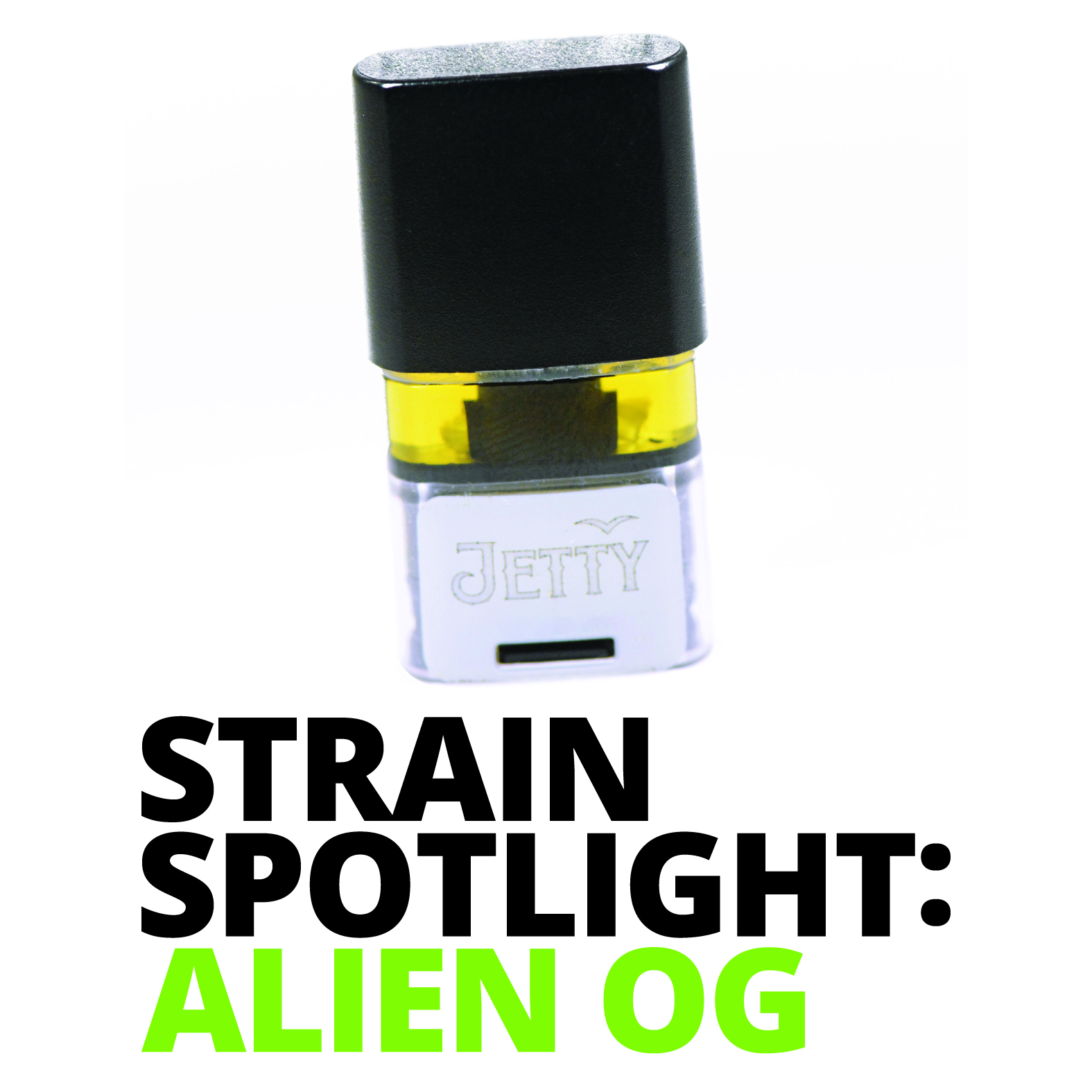 It’s been a while since our last Strain Spotlight, so to pick things back up today we’ll be digging into a strain that’s truly out of this world! With the planned “Storm Area 51, They Can’t Stop Us All” event quickly approaching, we thought the time right to shine the spotlight on a favorite strain of ours here at Elemental: The Alien OG. *All product information mentioned is accurate as of 9/6/2019. Also,"Storm Area 51" is a purely comedic event, and not a real event. Elemental Wellness is not liable for any consequences you may incur if you choose to actually storm Area 51.


Offering powerhouse genetics stemming from OG lineage, Alien was brought into the world by popular breeders Cali Connection several years ago, by combining the fabled Tahoe OG with Kyle Kushman’s Las Vegas Purple Kush. With so many legendary cannabis figures with their hands in the cookie jar, it’s no mystery how Alien has gained its strong reputation over the years. With a flowering time of 8-9 weeks, and offering a relatively easy overall growing process, Alien is a popular choice among growers, and continues to evolve with time, with some varieties offering more OG characteristics, and others providing a more palpable Purple influence.


When found in flower form, Alien OG offers compact, football-shaped buds, finding a nice balance between fluffy and dense, though leaning a bit more toward the fluffy side. The strain’s vibrant green body will immediately catch the eyes of connoisseurs, while it’s bold orange hairs nicely complement its appearance, which passes the eye test with flying colors. In our experience, the aroma generally tends to lean toward a classic earthy and pungent OG profile, which is only intensified as the buds are broken down.


According to Hytiva the most prominent terpenes found in Alien OG are Beta Myrcene and Alpha Pinene. If you’re a regular reader of our Strain Spotlight series, you already know the deal with the commonly-found myrcene: it’s often responsible for the sedating effects that users feel with many indica strains and provides the musty, earthy fragrance that well-grown OG strains are known for. Pinene is another recurring terpene in our Spotlight series, regarded for its proclivity to be anti-inflammatory, act as a bronchodilator, and produce a pleasantly piney aroma.


We had the pleasure of sampling Jetty Extract’s Alien OG Pax Pod (78.54% THC, $35/half gram, WSL) with the Pax Era Battery ($30/each, WSL) for a discreet and potent vaporizing experience. With the Pax Era providing customizable heating settings, we chose the balanced “medium-low” setting, which will heat your oil to approximately 610 degrees Fahrenheit. We’ve found this temperature optimal to deliver a hard-hitting dose of oil, but also preserve the terpenes on a flavorful strain such as Alien OG. The oil pulls smooth and effortlessly, providing Alien’s trademark earthy flavor and immediately relaxing effects -- the vapor is not too harsh, but palpable enough to let you know it’s there without having to draw until you are lightheaded, as is the case with some lesser vaporizer cartridges. After several journeys around the rotation, the effects continue to settle in -- a tangible cerebral buzz coupled with a welcomed full-body relaxation. Another observation made was the PAX’s unrivaled ability to preserve the cart’s oil -- there’s hardly a discernible difference in the level of oil in the cartridge after 25-30 hits compared to the cartridge fresh out of the box.


Overall, the Alien OG Pax Pod performed better than expected -- discreet, potent, and flavorful, creating a memorable vaporizing experience. We’d definitely recommend some Alien OG if you plan on joining the Area 51 festivities later this month! You can view all the Alien OG products currently on the menu here, and be sure to ask your consultant about Alien OG products or similar strains on your next visit. Hope to see you in soon!