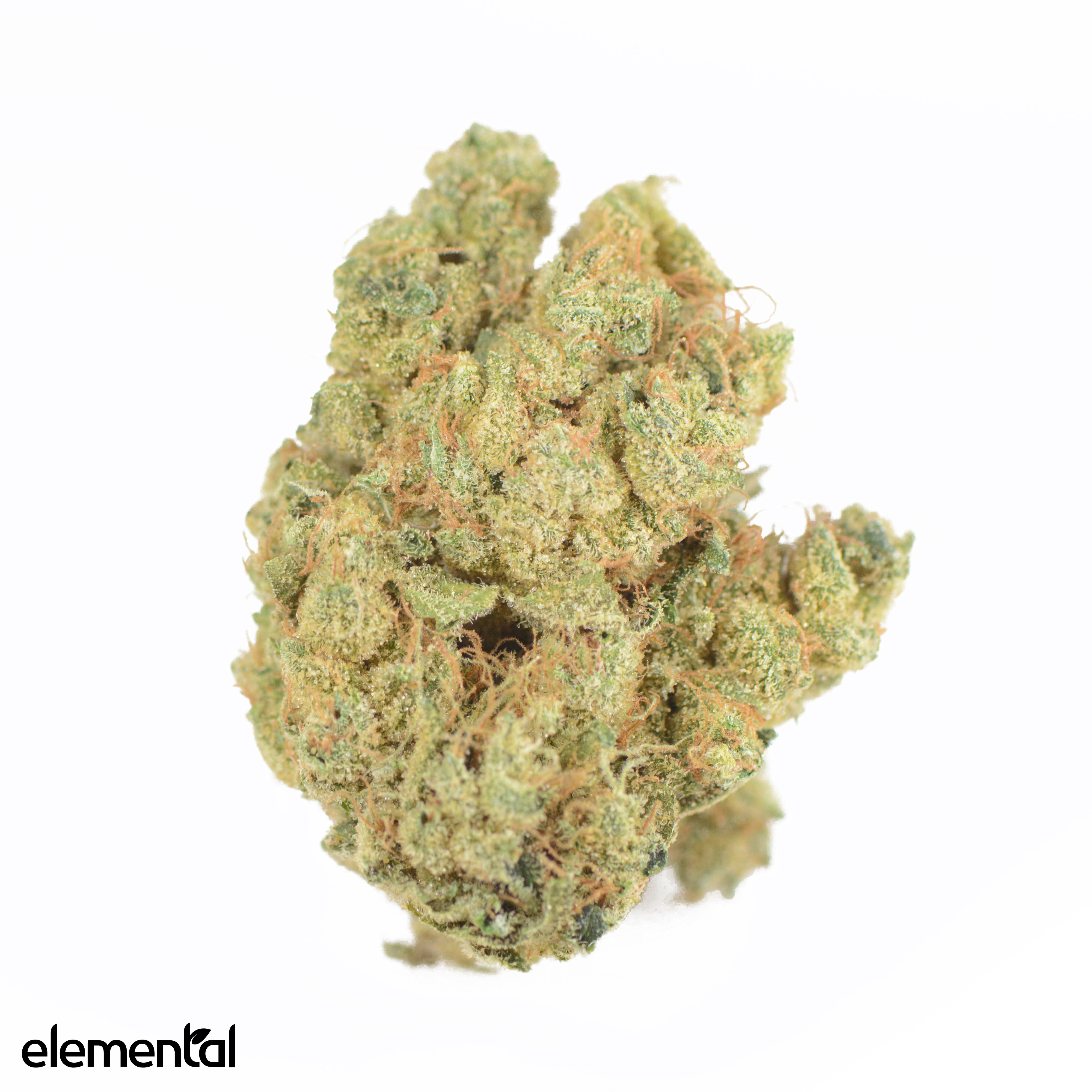 Our friends over at Utopia are known for myriad achievements -- delectable macaroons, saucy oil extracts, high profile competitive cannabis wins, etc. With so many high-quality options available, it speaks volumes when a one-of-a-kind strain such as the revered C. Banana (formerly known as Chiquita Banana) rises to the top and has the canna-blogosphere buzzing. Boasting write-ups from the likes of The Cannifornian, Cannabis Now, WikiLeaf, and now even here on the heralded EWC Blog, let’s take a closer look at what makes this notoriously potent strain such a unique find.

C. Banana, a 60/40 sativa hybrid, was introduced to the world by Utopia years back, crossing powerhouse strains OG Kush x Banana, maximizing the strain’s potential with the help of the fertile Santa Cruz soil. The strain’s overabundance of glistening trichomes coating its exterior will be the first to catch your eye, but the amazing flavor and potency will keep it there. The strain has been a certified gem since its inception, but its big breakthrough came with Cannabis Now’s article titled "Chiquita Banana: The Search for the World’s Strongest Strains," which postulates that C. Banana is “one of the most potent strains in California -- perhaps in the world.” Routinely testing between 25%-33% THC, and at one time boasting one of the highest THC results ever recorded, C. Banana has certainly earned its position among the world’s most powerful flowers.


Providing spikey, rugged nug structures that are soft to the touch and completely drenched in slightly-amber-tinted trichomes, C. Banana holds its own aesthetically against any other top-shelf flower on the market. Light and dark green hues are littered throughout its body, with frequent rustic orange hairs poking out from within its inner structure as well, creating an overall presentation reminiscent of a well-grown OG. Its aroma can best be described as a combination of fresh fruit and refined earthiness, courtesy of the strain’s dominant terpenes: limonene and myrcene.


Limonene is identified by its powerful citrus aroma; research has revealed it helps many with mood elevation and stress relief as well. It’s found in high levels in other strains such as Trainwreck and fruits such as limes. Myrcene is lauded for its pain-relieving properties and is thought to increase the efficacy of other cannabinoids. It can assist THC in penetrating the blood-brain barrier, while joining forces with CBD to help battle inflammation. Also found in hops and mangos.


We emptied our glistening, fluffy nugs (28.6% THC, $50/8th, available as of 2/23/2019) onto the rolling tray -- the structure of the nugs lends itself to breaking down manually with our hands, but the thought of kief preservation leads us to take the safer route and utilize the handy-dandy grinder we had on-hand. Sure enough, after giving our shredder a couple swift turns of the wrist, we empty our broken-down product (approx. 1 gram) back onto the rolling tray, finding nearly a bowl’s-worth of kief already accumulated in the sandbox! Not necessarily a massive surprise considering the plethora of trichomes coating its exterior, but still satisfying to see after just one joint’s-worth of flower.


We save the kief for later enjoyment, twisting our main entree into a succinct, thick, Khalifa-sized joint, all the while savoring the sweet, fruity flavor of C. Banana residue detectable on the paper’s gumming. We light the end of our joint, anxious to evaluate the much-talked-about effects of the powerhouse strain -- we’re met with a powerfully fruity flavor, seemingly intensified all-around from its conversion to smoke. Before getting the chance to finish my inner dialogue concerning the strain’s flavor, C. Banana’s notoriously stoney effects start creeping in: an immediate stoney-behind-the-eyes feeling, an almost-but-not-quite-overwhelming sense of euphoria, and creative cerebral tinglings begin to demand my attention. I feel good -- almost too good, having to reel myself back into reality after drifting off into intricate daydreams on multiple occasions. Yes, the sativa-dominant effects of C. Banana may take all the headlines, but the strain’s full-body relief is also up there with top indica strains, offering a goosebumpy, tingly sensation from head-to-toe, somewhat counteracting some of the strain’s euphoria-promoting effects. The two balance each other out for a potent, but even-keel experience from beginning to end.


Summed up: We really like this strain. It provided everything we expected from a top-shelf flower offering, and then some! Ultimately, it’s the “and then some” that really separates C. Banana from the bunch -- it’s hard to put a finger on, but it certainly has “it” to leave you and your friends with a cannabis experience you’ll be talking about for years to come!


Ask your consultant to check out C. Banana on your next visit. Hope to see you in soon!