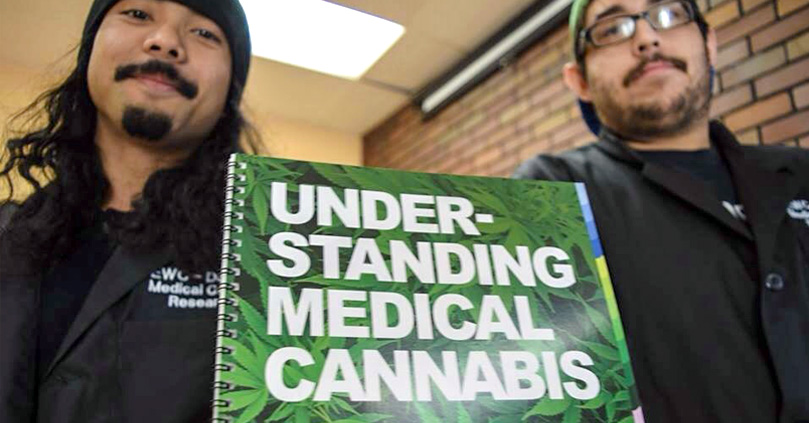 California has long been at the forefront of the medical cannabis movement. The birthplace of the first medical initiative passed at the state level, the heart of the West Coast has always prided itself on being among the most progressive when it comes to the issue.

Elemental Wellness is happy to add to that repute by being among the first to offer a comprehensive private consultation team whose goal is to assist members in their medicine-selection process.

The team is composed of a handful of dedicated consultants who are committed to spending the extra time needed to assist members in pinpointing the best medicating regime for their respective conditions. Whether you're entirely new to cannabis, or are simply looking to reevaluate possible courses of action, a private sit-down with one of Elemental's knowledgeable consultants can be extremely beneficial.

"It's an opportunity for anyone, whether they're new to cannabis, confused about cannabis, or don't have a full understanding of what this is going to do for you." said Danny Gagaion, Head Researcher of Medical Cannabis at Elemental. "We actually look at your ailments with the rest of the team, with the doctor on staff, and find a way to approach this to make the best recommendations for you."

The new process is simple: Members come into the center and request a one-on-one consultation with one of our medical cannabis researchers. Said researchers lead members to an intimate environment where they can privately discuss their medical conditions. Suggestions are then given based on the member's individual needs, and additional advice is offered to further the the possibility of future success with medical cannabis.

"We're not just here to give you pot, we're going to listen to what you're trying to use cannabis for from a medical standpoint," said Gagaion. "We'll then try and select the products that best fit your criteria. That's what we do."

Though the vision for a private consultation team has just begun to come to fruition over the past few months, it was actually put into motion a while back. It was first offered in 2013 to accommodate members with increasingly complex questions concerning cannabis and its effects. While certainly a step in the right direction, Gagaion said the idea has progressed since that original inception.

"We've offered [the consultations] for quite a while, but it was never as medically focused as it is now; rather it was just more general cannabis knowledge," he said. "Now, we sit you down, spend time with you and say, 'This is what we've seen from medical cannabis research, and based on our personal experiences, this may help you.'"

Feedback has been encouraging through the early stages of the initiative. From mild anxiety to various stages of cancer, many consultees have returned to report marked improvements in their quality of life.

Even more, beside being a major asset for Elemental members, the consultations serve as a catalyst to an increasingly medicine-centric approach to cannabis use. Giving the movement a compassionate, reputable face is essential in easing those who are unfamiliar into the world of medical cannabis. Following nearly a century's worth of misinformation and fear mongering, reversing the negative stigma surrounding the plant begins here.

"There are so many misconceptions about what cannabis is and what it represents," said team member Eric Yu. "By having a group of people who are dedicated to helping others understand how cannabis can be used effectively as a medicinal tool, it can be huge for medicinal cannabis use and perception down the road."

Private consultations are free for Elemental members and are available from open until close, seven days per week. Walk-ins are welcome, but scheduling an appointment in advance is strongly encouraged.