Cannabis & Concussions in the NFL 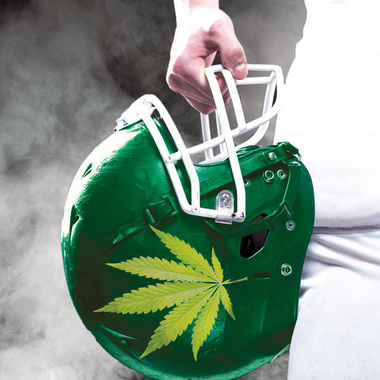 Boasting two teams within a mere 12 miles of each other, the Bay Area has always been a location of interest for fans of the NFL. Unfortunately, with both teams well out of playoff contention this year, it seems their seasons will be ending early -- though, this may not be the worst thing for players’ brains, which may thank them later. Over the past decade, the most discussed NFL topic among fans lately has had to do less with player performance, and more with player safety.

Concussions and CTE (Chronic traumatic encephalopathy) have become a focal point for fans and medical experts alike as traumatic occurrences continue to rise. With Will Smith's 2015 film ‘Concussion’ recently touching on the issue, combined with a slew of bizarre and violent behavior by former and current players, it doesn’t seem the issue is going anywhere any time soon.

One question that has frequently been raised in regard to the problem is whether cannabis may be beneficial to those experiencing concussion-like symptoms.

Dr. Lester Grinspoon, Associate Professor Emeritus of Psychiatry at Harvard Medical, doesn't have the answer, but would like the NFL to begin doing more to help find it.

"I think you, the NFL, must go beyond simply following the medicine," Grinspoon wrote in an open letter to the league for Vice Motherboard in 2014, "and help lead the way by directly funding research to determine if cannabis can indeed provide significant protection against the damage of repetitive concussions."

It's a dilemma the league has tried to brush off its shoulder for the last 25 years, but with more fans now tuning in than ever before, it's become impossible to ignore. With society's ever-progressing values, now would be an ideal time for NFL commissioner Roger Goodell to further consider researching cannabis in relation to its effects on concussions and CTE.

Goodell once unenthusiastically stated that the NFL would consider cannabis for concussions if it could be proven that it was beneficial, though he immediately supplemented that with, "Our medical experts are not saying that right now." Grinspoon thinks this is a direct result of low funding, which he attributes to lack of profitability for pharmaceutical companies and the NFL's disinterest in cannabis as medicine.

"The extensive research required to definitively determine cannabis's ability to prevent CTE will require millions of dollars in upfront investment," he wrote. "It's hard to imagine who else has both the motive and the means to provide such funding."

This is an issue that unfortunately won't be going away soon. Athletes are bigger, faster, and stronger than ever and the game has never been viewed on a wider stage. Commissioner Goodell owes it to the players to, at the very least, research if cannabis can possibly increase the quality of life for those who have suffered concussions.