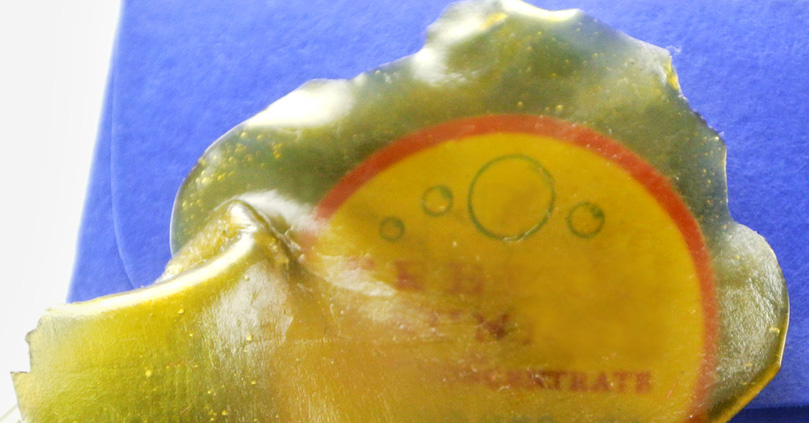 You may have noticed the term "rosin" popping up on the Elemental Wellness concentrates menu over the past couple months. Many members have expressed curiosity as to what this entails and how it compares to other modern extraction methods. "Is it the same as resin?" "Are the effects similar to the concentrates I'm accustomed to?" We take a quick glance at how rosin is made and its future in the medical cannabis world.

Rosin is extracted using a fairly simple combination of heat and pressure to draw out the resinous oils that are of the most medicinal value to us. Much like other extraction techniques, this leaves behind much undesired plant matter. Though, unlike other forms of concentrates you may be familiar with (wax, shatter, crumble, etc.), there's no solvent used in the rosin-making process, providing a notably smoother, more hash-like taste.

"With rosin, no trichomes are knocked off," said Danny Gagaoin, Head Researcher of Medical Cannabis at Elemental. "It's just high pressure and low heat to compress all the trichomes and terpenes into a solidified concentrated form."

The technique has reportedly been around for the better part of the last decade, but has just recently started gaining momentum among patients not frequently combing the deepest corners of online hash-making forums. Rosin's appeal stems from its ability to instantaneously transform either flower, kief, or hash into a five- to six-star full melt. Depending on several variables, the method has been known to yield returns anywhere between 15-35 percent (e.g., one gram of flower would produce .15 to .35 grams of concentrate).

"It's like smoking really high-quality hash," said Gagaoin. "It's similar in its clean collection of trichomes, but different in that hash uses water, which is technically a solvent. With rosin, it's solely heat and pressure."

Rosin's possible future in medical cannabis remains a bit of an unknown at this juncture, but several signs point to it being here to stay. The technique is still in its infancy and will undoubtedly experience significant growth over the coming years. It's versatile to boot: it has quickly become a favorite among veteran hash enthusiasts, but can also serve as a fantastic first choice for flower users looking to venture into concentrates.

Rosin tech is just the latest hype in the ever-evolving world of medical cannabis. But considering its ease of use and quality final product, it appears to have a bit more staying power than short-lived trends of the past.