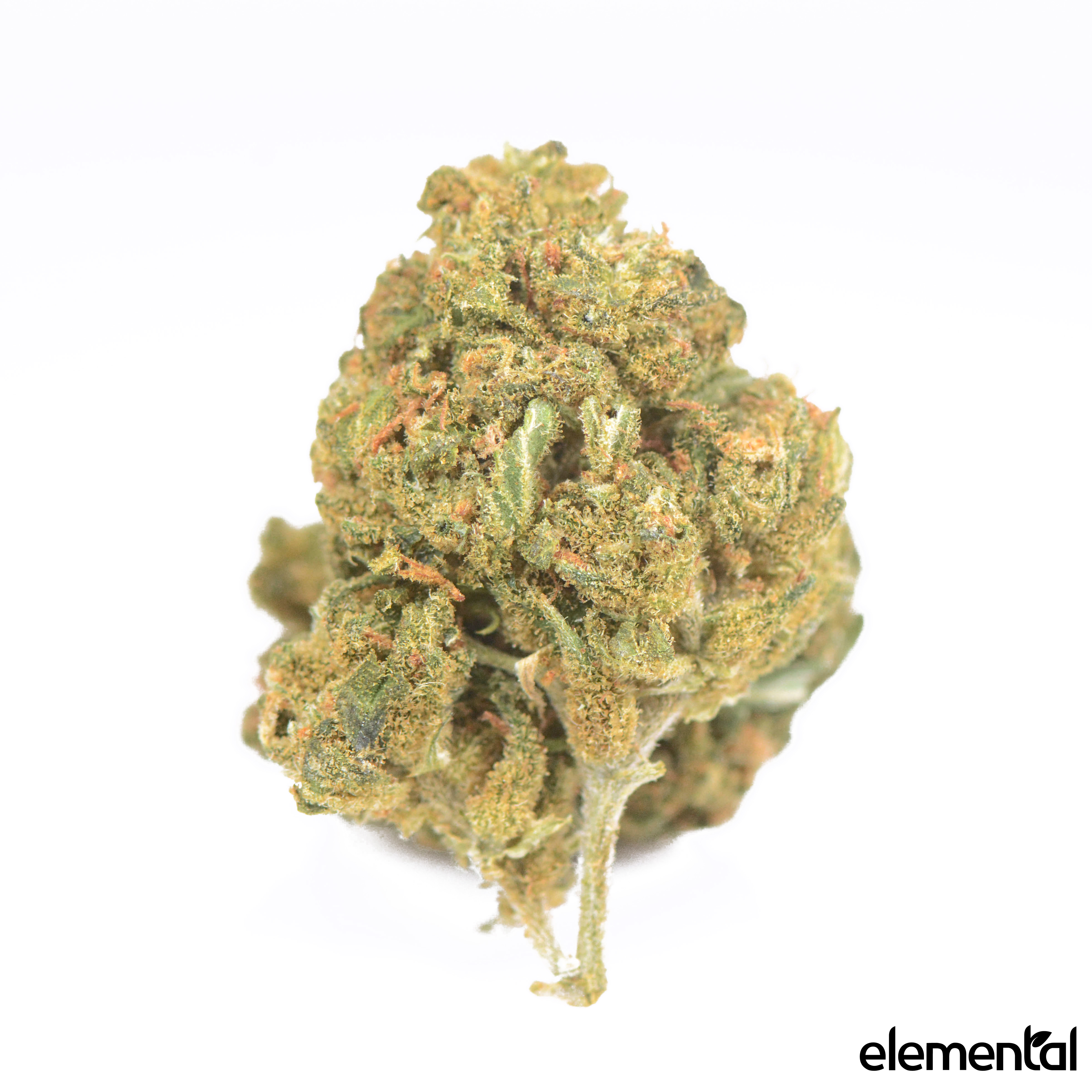 Sure, it might be a longshot that legendary rapper DMX was referencing today’s featured strain when reciting his now-famous 2003 chorus, but XJ-13 has acquired a legend status of its own, and some may even argue that the strain “gives it” to users as well. The lovechild of a Jack Herer x G-13 cross, the strain offers the distinguishable sweet, piney flavor of Jack, while its G-13 influence tends to counteract, and create balanced effects that toe the 50/50 hybrid line. AllBud.com says the strain offers “cerebral effects that are well-endowing, and you will feel a body buzz unlike any other.”


A familiar theme in our Strain Spotlight series, the origins of XJ are clouded in mystery. Wikileaf provides the most complete analysis of the strain’s history, writing: “The breeder is unknown, but it was listed in Oaksterdam University 2011 clone catalog as being a ‘Garden Rescue,’ but no further information has surfaced.” The strain has quickly garnered name-recognition status across the cannabis industry, while picking up several accolades and awards including being named as one of Mashable’s ‘Top Wake N’ Bake Strains,’ one of Fresh Toasts ‘Top Strains That Help Women With Period Cramps,’ and more.


Both novices and veterans will appreciate XJ’s taste and aroma -- beginners more so for its accessible, sweet flavor and experienced users for its refined, Jack-like aroma. In regard to the nose on this strain, it’s all Jack; though G-13 is known to have a sweet, piney aroma as well, its notoriously subtle. In addition to its intense fragrance, XJ offers strong, hearty buds as well -- generally spikey and somewhat diamond-shaped, the density-to-fluff ratio is desirable, and the abundance of vibrant orange hairs are sure to catch members’ eyes.


We sampled some of Elemental’s current XJ-13 on the menu (18.65% THC, $9/gram, WSL) courtesy of the folks @ Humboldt’s Finest. Offering some the best value on the flower menu, the product appeared surprisingly solid out of the bag, considering the low price; perhaps the aroma wasn’t quite as intense as a top-shelf batch, but this was a trade-off we were willing to make for the cut in price. We grinded our product down, packed up our king-size Raw Cone, twisted off the end, popped in a ‘The Roots’ album, and prepared for consumption.


Our initial hits were fresh and sweet; the smoke was smooth and easy on the throat. We exhaled our smoke easily without the slightest urge to cough, and noticed our ash burning snow white -- both great signs! The effects slowly unveiled themselves after our first few puffs:sly smiles gradually crept onto our faces, accompanied by a suddenly reasonable urge to get outside and do something -- anything. Definitely a clean-the-house type or go-for-a-run type of strain. The sativa-influenced cerebral buzz was palpable as well, though never imposing; great for patients seeking a happy-go-lucky buzz, while still maintaining relative functionality throughout the day. In the end, these effects sustained for two hours or so, before eventually dissipating, leaving us happy, humbled, and hungry!


Be sure to ask your consultant to check out our XJ-13 on your next visit. Hope to see you in soon!