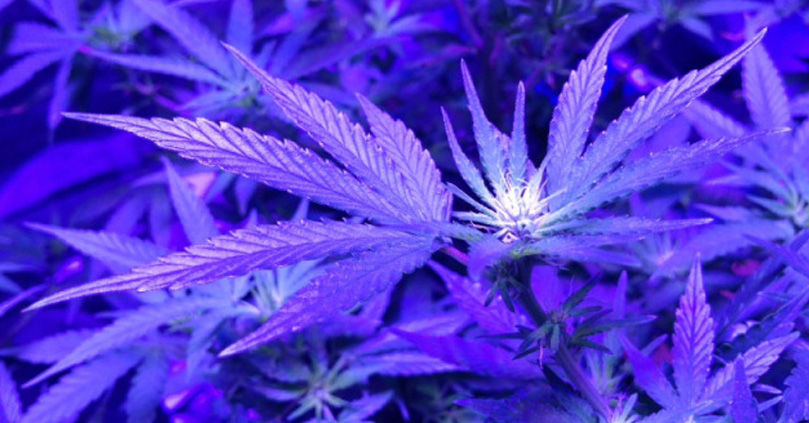 You can use cannabinoids as a treatment to kill off cancer cells, but the patient must make lifestyle changes (i.e., live healthier, avoid exposure to carcinogens, stop smoking tobacco, eat healthier, etc.) in order to ensure that the cancer does not come back.

With that said, there are 4 mechanisms by which cannabinoids kill cancer cells:

Mechanisms through which Cannabinoids in Cannabis Kills Cancer Cells.

This is confirmed in in vitro (studies in cell cultures in petri dishes) and in vivo (studies in living animal models including but not limited to: rats, guinea pigs, monkeys, apes, even horses). Unfortunately we still need double blind controlled clinical trials; this is illegal at the Federal level.

Scientists throughout the world are trying to understand fully how these mechanisms function, and this involves mapping out and understanding the Endocannabinoid System; not just for  cancer, but for all of the various therapies possible with this emerging field of study. The main scientists behind these researches involve but are obviously not limited to: Dr Raphael Mechoulam (Israel), Dr Manuel Guzman (Spain), Dr Vincenzo De Marzo (Italy), Dr Lester Greenspoon (Harvard University), Professor Bob Melamede (University of Colorado), Dr Donald Abrams (San Francisco General Hospital), Dr Tod Mikuriya (deceased).

At the end of this article is a comprehensive list of medical research over the past 40 years surrounding cannabis and the following 7 cancers: Breast Cancer, Colon and Colorectal Cancers, Gliomas, Leukemia, Lung Cancer, Lymphomas, and Prostate Cancers.

The very first Cannabis Cancer study was done in 1975 on Leukemia in mice models and was published in the Journal of the National Cancer Institute as “Antineoplastic activity of cannabinoids” by Munson, et al.

It must first and foremost be stressed that what we can recommend as medical cannabis consultants cannot override what the patient’s primary doctor says. Cannabis should also be used as an adjunctive medicine (to be combined with what the doctor is prescribing or recommending) and not as a replacement.

Cannabis can be used as a multifaceted approach to cancer but has and can only be professionally recommended as a treatment for the symptoms of cancer - nausea, appetite loss, weight loss, pain, depression, anxiety, and insomnia. Marinol (Dronabinol) and Nabilone (Cesamet) are two synthetic cannabinoids mimicking THC that have been approved by the FDA. The latter was approved as a schedule II drug in 1985. None of the synthetic cannabinoids currently on the market are accompanied by the valuable terpenoids produced by the cannabis plant. It should be noted, however, that Sativex (Nabiximols) is a plant derived oral spray that has been approved in the UK (by GW Pharmaceuticals) for the purposes of treating pain, spasticity, and an overactive bladder in Multiple Sclerosis (MS) patients.

Synthetic cannabinoids (marinol and nabilone) have been used in conjunction with chemotherapy over the past 30 years with mixed results.

Utilizing the Cannabis Plant to Treat and Potentially Beat Cancer

Knowing what we know now of the individual compounds contained in the cannabis plant - the various properties of the cannabinoids (THC, CBD, CBN), the terpenoids, and how the entourage effect works, it becomes increasingly evident that the cannabis plant may be far more effective at treating cancer than we had thought. Successful case studies and medical research are finding more and more that this plant, which is remarkably non-toxic, can .significantly aid with not just improving the quality of life for a cancer patient, but with potentially saving it.

There are numerous case studies and success stories involving Rick Simpson’s oil, a crude and simple but effective extraction of the cannabis plant’s trichomes and cannabinoids. These oils are made using a grain alcohol to extract the medicine. The alcohol is then typically boiled off leaving a thick tarish oil (unfortunately many of the valuable terpenoids are also lost in the creation of the oil, but it is still an effective way to consume THC and even CBD). More information about Rick Simpson can be found on pheonixtears.ca/  and the documentary “Run From the Cure”. Credit should be given here as this documentary has helped to spark the conversation of cannabis as a cancer cure in the public eye. The oil is typically very potent when made. Unfortunately the medical and scientific community does not currently recognize these oils as official medications for the treatment of cancer.

Elemental Wellness typically carries these oils but it is not always guaranteed to be in stock.

The Reality of Cannabis and Cancer

Cannabis has been studied for the treatment of cancer for the past 40 years and there are volumes of medical and scientific literature calling for further research, double blind clinical trials, and for the rescheduling of cannabis as a drug. As more research is done and as more individual case studies/success stories come forward, it is going to be increasingly hard for society to continue to turn a blind eye on this powerful medicine.

Incorporating cannabis into the medical arsenal for combatting cancer is something that we should hope to see in the future - our experiences as consultants allow us to see firsthand the success stories, the survivors, and the real patients that have made the courageous choice to try an alternative approach. There is daily proof of the medical efficacy of this plant, and it is seen in every consultation at the counter - not just for cancer, but for every ailment that we come across.

Pathways mediating the effects of cannabidiol on the reduction of breast cancer cell proliferation, invasion, and metastasis

JunD is involved in the antiproliferative effect of ?9-tetrahydrocannabinol on human breast cancer cells

A Cannabinoid Anticancer Quinon, HU-331, Is More Potent and Less Cardiotoxic Than Doxorubicin: A Comparative in Vivo Study

The cannabinoid CB2 receptor: a good friend in the gut

Delta-9-Tetrahydrocannabinol as an Antiemetic for Patients Receiving Cancer Chemotherapy: A Comparison with Prochlorperazine and a Placebo

The intersection between cannabis and cancer in the United States

A pilot clinical study of ?9-tetrahydrocannabinol in patients with recurrent glioblastoma multiforme

Hypothesis: cannabinoid therapy for the treatment of gliomas?

Cannabinoid-induced apoptosis in immune cells as a pathway to immunosuppression

Enhancing the in vitro cytotoxic activity of ?9-tetrahydrocannabinol in leukemic cells through a combinatorial approach

Cannabidiol-Induced Apoptosis in Human Leukemia Cells: A Novel Role of Cannabidiol in the Regulation of p22PHOX and NOX4 Expression

?9-Tetrahydrocannabinol-Induced Apoptosis in Jurkat Leukemia T Cells is Regulated by Translocation of Bad to Mitochondria

Cannabis-induced cytotoxicity in leukemic cell lines: the role of the cannabinoid receptors and the MAPK pathway

The Inhibition of DNA Synthesis by Cannabinoids

?9-Tetrahydrocannabinol inhibits epithelial growth factor-induced lung cancer cell migration in vitro as well as its growth and metastasis in vivo

The Association Between Marijuana Smoking and Lung Cancer

Control of the cell survival/death decision by cannabinoids

Anti-emetic efficacy and toxicity of nabilone, a synthetic cannabinoid, in lung cancer chemotherapy.

The Inhibition of DNA Synthesis by Cannabinoids

Cannabinoid Receptor-Mediated Apoptosis Induced by R(+)-Methanandamide and Win55,212-2 Is Associated with Ceramide Accumulation and p38 Activation in Mantle Cell Lymphoma

Towards the use of non-psychoactive cannabinoids for prostate cancer

The endocannabinoid system in prostate cancer

Pharmacokinetics and Pharmacodynamics of Cannabinoids