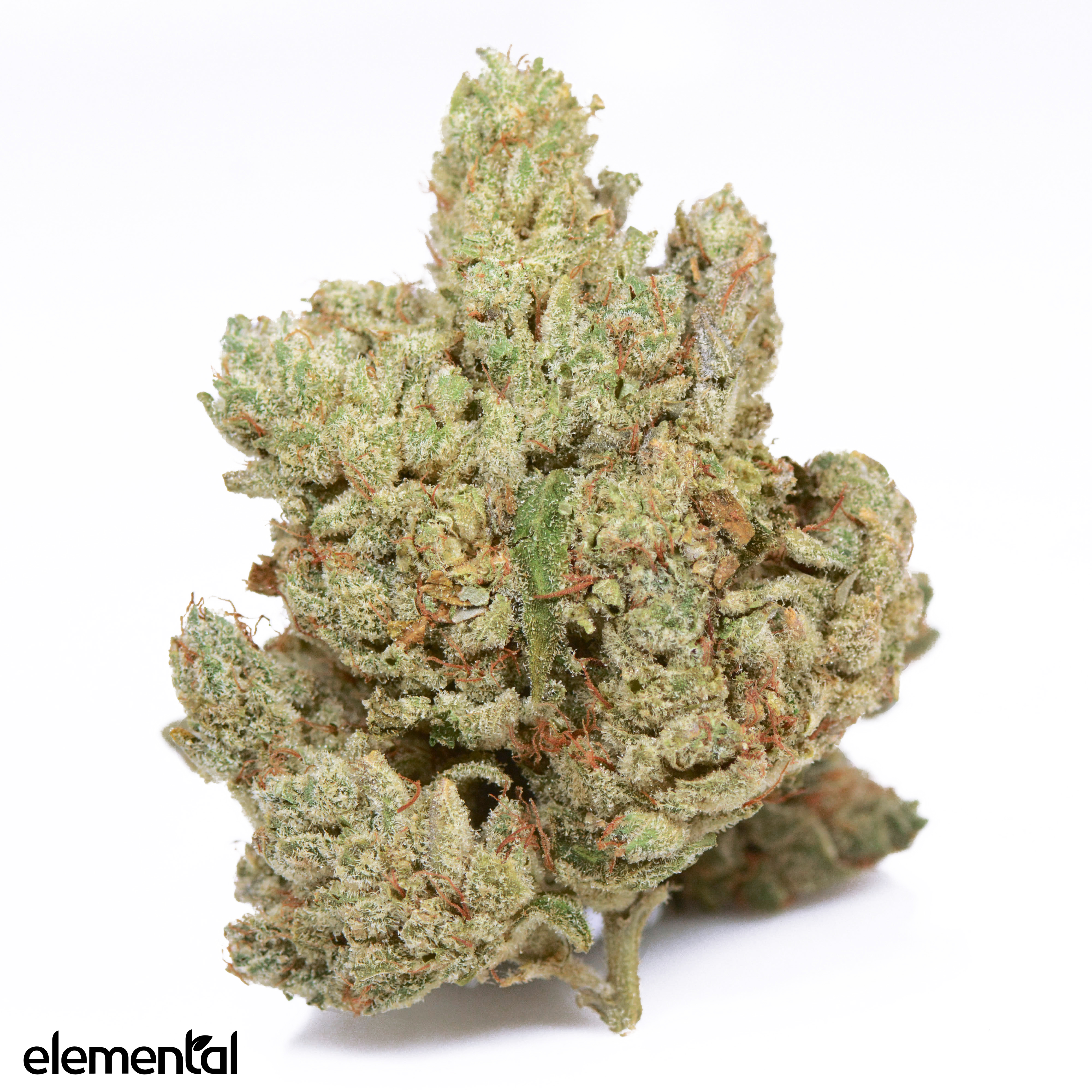 Perhaps no strain in recent memory has enjoyed such a quick and steady rise to prominence as fabled Gorilla Glue -- both due to its superior quality, and as of more recently, its headline-grabbing copyright tribulations that seem to have set a precedent for the cannabis industry moving forward.

Though the Gorilla Glue family offers several different names and phenotypes at this juncture, we’ll be taking a look at the original Gorilla Glue #4 cut that initially put this strain onto the map.

G.G. #4 (as it’s now referred to as--more on that in a bit) is the product of the folks over at GG Strains, who first sprouted the strain sometime in 2012 near Las Vegas; it quickly garnered several prestigious accolades across the competitive cannabis circuit, including 1st Place at the 2014 High Times Cannabis Cup. According to Seedsman, G.G. #4 almost didn’t see the light of day: “It only came into the world through chance, and the frustration of breeder Josey Whales, who threw out the original seeds after his first run all ‘hermied’ and ruined his entire crop. Luckily for us, his friend Marrdog rescued a few of this first batch and a year later, grew them himself. Four phenotypes popped up, and #4 was judged to be the best.”

Over the past couple years, G.G. #4 has been covered extensively by several mainstream media outlets following GG Strains' legal woes regarding use of the name ‘Gorilla Glue.’ First, back in March 2017, GG Strains “successfully completed the first known cannabis trademark by registering their Gorilla Glue #4 strain name and medical cannabis plant in Colorado, with Nevada and Washington pending other trademarks.” GG Strains’ celebration was short-lived though, as the actual Gorilla Glue adhesives company followed up with a reverse class-action suit just five months later. The two sides were eventually able to reach an agreement, with GG Strains agreeing to to transition from Gorilla Glue #4 to G.G. #4 gradually over a yearlong period.

So now for the important stuff: how does G.G. #4 actually smoke?

A well-balanced hybird (approx. 60/40 Indica), G.G. #4 generally boasts high THC content, earning the title of ‘One of the World’s Strongest Strains of All Time’ from HERB. Exhibiting obvious Chem influence (Chem Sis x Sour Dubb x Chocolate Diesel), G.G. #4 offers a pleasantly pungent aroma and a palpable sense of mood-enhancement upon consumption. This is likely on account of its most prominent terpenes: Caryophellene and Limonene.

Caryophellene is a terpene commonly associated with black peppers and offers somewhat of a hoppy aroma. It can be used therapeutically to help relieve anxiety, depression, and pain. Also found in high concentrations in strains such as Sour Diesel, Chemdawg, and OG Kush. Limonene carries a distinct citrus-like fragrance while also being a known pain- and depression-reliever. Also found in lemons, limes, tangerines, and many other fruits.

We took our sweet time with our G.G. #4 sample ($50/eighth, $15/gram @ Elemental as of 8/31/2018, while supplies last), savoring the seemingly ever-intensifying aroma as we delicately broke down the buds into a smokeable form. The ‘Glue’ portion of the strain’s original Gorilla Glue moniker has been rumored to have been inspired by its tendency to ‘glue’ utensils together during trimming; we can’t confirm or deny the validity of this, but we can confirm G.G. #4 is extremely sticky and trichome-dense--a quality grinder is definitely recommended to get the most out of your meds.

We rolled our broken-down material into a healthy-sized joint, with the strain’s minimal stemmage and optimally soft buds providing a smooth, even roll from end to end. We lit the tip of our cone, inhaled, and were immediately met with the refined, fuely flavor promised by the strain’s initial aroma, as well as a powerful, yet manageable, sense of euphoria. This euphoria persisted throughout the entirety of the strain’s powerful effects, though eventually somewhat giving way to the strain’s well-known relaxing properties, that left us feeling “glued” to the couch. When the effects subsided a few hours later, we were left feeling pleasantly refreshed, with no sense of burnout or lethargy detectable.

All in all, I’d say our sample of G.G. #4 definitely lived up to the hype: a memorable, high-quality smoke offering seriously potent effects and a fresh take on familiar genetics. Great for novices and aficionados alike, its unlikely that G.G. #4 will be falling off patients’ radars any time soon.

Ask your consultant about our G.G. #4 products on your next visit to Elemental!