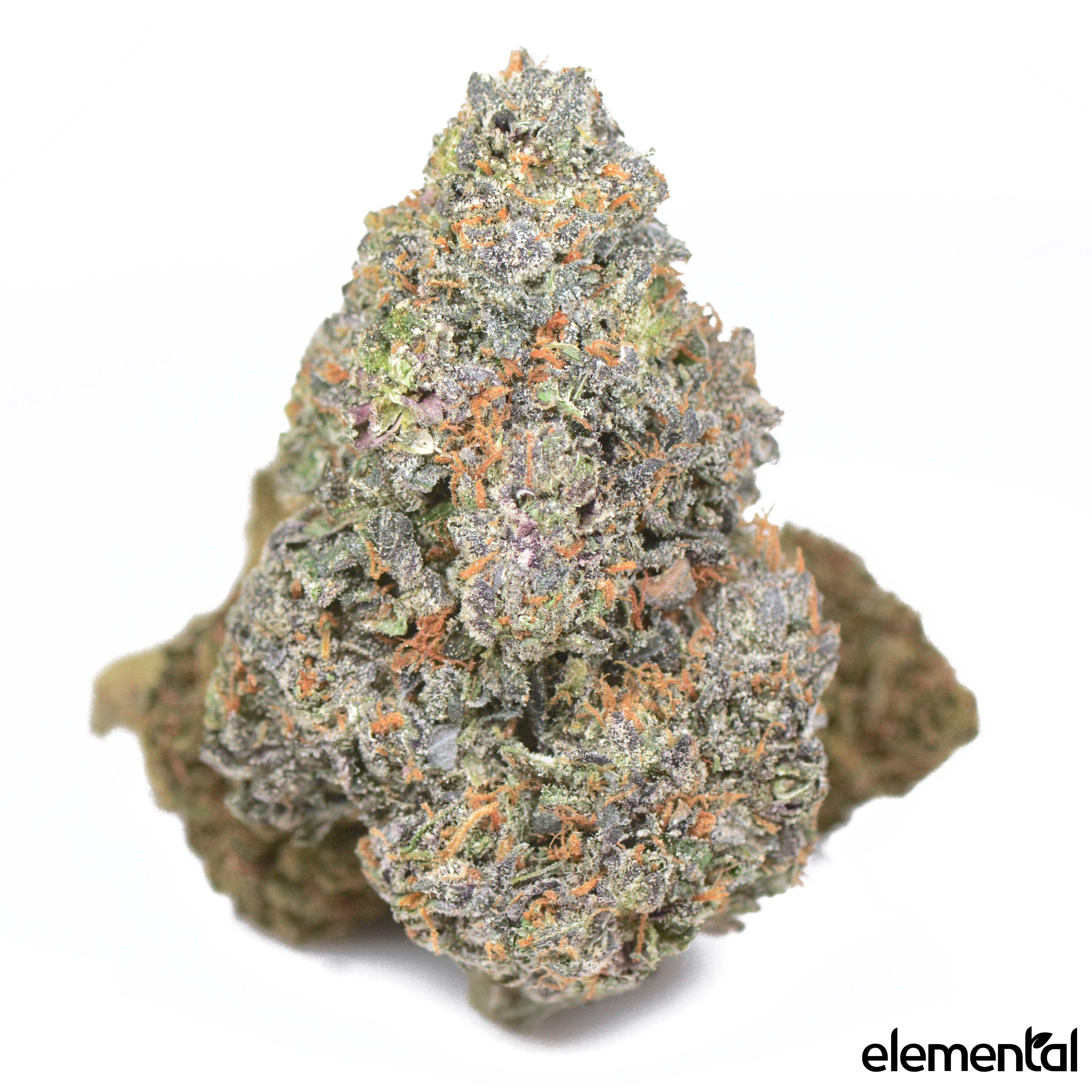 An underrated powerhouse among the ‘dessert’ line of strains that has proliferated around California (and the rest of the world for that matter) for the past few years, today’s featured strain is the beautiful, one-of-a-kind, Gelato. Previously living in the shadow of its predecessor (Girl Scout Cookies), Gelato began to build a reputation of its own in the mid-2010s, becoming known for its strong resemblance to the much-sought-out Cookies strain, but while still offering a unique cannabis experience all its own.

Gelato (Thin Mint G.S. Cookies x Sunset Sherbet) was introduced to the word by Cookies Fam Genetics, and offers a handful of popular phenotypes (Gelato #33, Gelato #41, Gelato #45, etc.), all weighing in at approximately a 55/45 indica hybrid. Though it’s always benefited from its close association with GSC, Gelato’s firm, chunky purple nugs and potent effects have earned it a myriad of followers from coast to coast. It has secured a plethora of accolades and awards over the years, including Top 10 Best Cannabis Strains of March 2015 by SFGate, Best Vaporizer Strain at the 2017 SoCal Cannabis Cup, Best Skunk at the 2018 HighLife Cup, and more.
One look at Gelato is all it takes to figure out where all the praise comes from: Its large, football-shaped nugs offer differing shades of deep purple throughout; a layer of glistening trichomes coating the exterior and vibrant scarlet-colored hairs poking out from within factor in for an extra ‘WOW’ factor as well. Gelato’s pungent aroma further separates it from its peers, combining hints of sweetness, earthiness, and spiciness to create a truly unique scent that your stash jar may have trouble containing. This distinguishable fragrance is, in large part, due to the strain’s two primary terpenes: terpinolene and pinene.
Terpinolene is not generally known as a super dominant terpene in cannabis, but offers a myriad of beneficial effects such as serving as an antibacterial, offering sleep aid, helping to fight against fungus, and much more. When it is prolific in cannabis, it tends to be associated with sativa-dominant strains such as Jack Herer, and other sweet-tasting strains. Pinene is a bit more common, and is known to promote alertness, improve airflow to the lungs, strengthen short-term memory, and more. Other plants that are high in pinene include pine needles, sage, basil, and others.
We had the privilege of sampling Elemental’s current batch of artisan top-shelf Gelato from Northern Emeralds (17.80% THC, $50/eighth while supplies last, in-stock as of 8/26/2018). Our eighth was almost entirely contained in just a single nug -- quite a departure from the small, dense Cookies nugs we’ve become accustomed to over the years. We took a brief moment just to sit with our bud -- to bask in the wonderful odor emanating from it and to admire its wonderfully purple structure -- before savagely destroying with the many sharp teeth of our metal grinder. The grinded product was surprisingly fluffy considering the hard, rigid structure of its fully-intact form -- a welcomed surprise as we rolled up our king-sized RAW paper with ease.
Upon inhaling, the strain’s sweet flavor really began to distance itself from the pack, taking front and center stage at the flavor party rapidly gathering in our mouths. Originally on equal terms with the ‘earthy/spicy’ notes, all it took was a little combustion to break this sweetness out of her shell and unlock her full potential. We didn’t have much time to recover from this smell shock before the notoriously potent effects of Gelato began to settle in. An immediate stoney-behind-the-eyes sensation, with a hint of palpable mood enhancement throughout the body to boot. It seemed to us that its 55/45 indica-dominant designation just about hit the nail on the head. We powered our way through the rest of the joint, with the experience proving both tasty and relaxing; we stone-ily enjoyed some of our favorite tunes from the record player, while remaining functional enough to move around and prepare some drinks when we ran into the inevitable cottonmouth.
Overall, Gelato turned out to be a seriously memorable experience, providing standout aesthetics and desirably balanced effects that will have you in your zone. Be sure to ask your consultant about Gelato on your next visit!
Categories
Recent Articles
View Older Entries