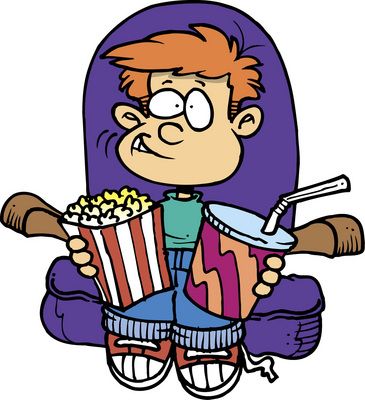 There are many different types of cannabis users out there, all of whom prefer different ‘high’ activities -- some of us listen to music, some of us go on hikes, but, at least in my circle, most of us prefer to bing-watch Netflix. After a long day, there’s nothing quite better than rolling up a joint and curling up on the couch to a good movie (or two, or three) -- and luckily for those of us who enjoy a good toke, there’s plenty of material out there that caters to our preference!

With current interest in cannabis seemingly at an all-time high, we can likely expect an even higher rate of cannabis-themed movies to be released in coming years, as it remains an extremenly hot topic within our society. For now, here are our favorite ‘stoner’ classics that have already solidified their reputations as standards for the genre:

5. Pineapple Express (2008): The most recent flick making an appearance on our list (just shy of it’s 10th anniversary) didn’t necessarily reinvent the wheel with their plot chronicling the misadventures of two kind-hearted, but somewhat bafoonish, ‘stoners.’ Though, they did execute it better than anybody else in recent memory, providing more than a handful of belly laughs, while including witty dialogues throughout and managing to follow a coherent story arch along the way.

Far from a cult classic, Express raked in over $100 million in box office sales, and remains a go-to comedy for cannabis users and non-users alike. Seth Rogen and James Franco have become a well-known duo over the years, but Pineapple Express certainly has an argument for top dog in the Rogen/Franco enterprise.


4. Dazed and Confused (1993): Set in decidedly liberal Austin, Texas in the mid-1970s, Dazed and Confused follows a group of typical high school students on their last day of school, documenting their hazing of incoming freshman and partying along the way.

Of course, this naturally includes heavy cannabis use, giving us the famously hazy musings of stereotypical stoner personified, Ron Slater: “[George Washington] knew that [weed] would be a good cash crop for the southern states, man, so he grew fields of it, man. But you know what? Behind every good man there's a woman, and that woman was Martha Washington, man, and every day, George would come home, she'd have a big fat bowl waiting for him, man, when he'd come in the door. She was a hip, a hip, hip lady, man.” We love it!

Also, featuring prominent roles from a young Matthew McConaughey and Ben Affleck, this film, predictably, tends to score high with female viewers. Older viewers will love this one for the nostalgia as well.

3. Half Baked (1998): Severing as funnyman Dave Chappelle’s writing and producing debut on the big screen, it’s no surprise that Half Baked is a still regarded a must-watch production more than 20 years after its release.

Baked tells the tale of three buddies (Chappelle, Jim Bruer, Guillermo Diaz) who begin selling marijuana under the guise of ‘Mr. Nice Guy,’ in an attempt to bail their other pal, Kenny, out of jail. Of course, the story spirals hilariously out of control when the group gets mixed up with the police, an unpredictable multi-platinum rapper, a ruthless drug lord, and others.

Laced with stupid-but-funny weed references throughout (Mary Jane Potman is Chappelle’s anti-weed girlfriend in the movie), and appearances from ‘the ghost of Jerry Garcia’ and a young Jon Stewart, this is a certified cult classic, occupying ‘Top 5’ lists of cannabis fans across the globe.


Smoke joins the pair as they unwittingly transport mass amounts of cannabis from Mexico to Los Angeles while comically inept police officers tail and attempt to bring them down. The movie contains several hysterical dialogues including Anthony (Chong) casually explaining to Pedro (Cheech), mid-joint, that his dog ate his current stash earlier and he was forced to retrieve it later on from his feces:

Anthony: “Mostly Maui Waui, man but it’s got some Labrador in it.”

Great for politically-incorrect cannabis lovers who don’t mind a bit of crude humor.

1. Friday (1995): Atop our list sits the timeless, and supremely quotable, mid-90s laughfest, Friday. Memorable for giving us unforgettable one-liners such as “I’m gonna get you high today, ‘cause it’s Friday; you ain't got no job, and you ain’t got s**t to do!” and “Bye, Felicia!,” Friday was one of the first ‘stoner buddy comedies’ to bring its story into the hood.


Main characters Craig (Ice Cube) and Smokey (Chris Tucker) find themselves up against a handful of dangerous individuals in Los Angeles’ notorious South Central area, due to Smokey not paying a debt to his weed dealer. Friday has become a standard for all cannabis-themed movies, offering a defining representation of Los Angeles during a historically turbulent era in the mid-90s, while delivering genuine, well-thought-out laughs throughout its entirety.

Also offering a top-tier soundtrack featuring Dr. Dre, Ice Cube, Cypress Hill, and others that ended up going Double Platinum, Friday was truly a hit by all accounts.