Migraines are a type of excruciatingly painful headache that can cause intense throbbing and pulsing in the head, and is usually accompanied by nausea, vomiting, and severe sensitivity to light, loud sounds, and or smells. Migraines are also oftentimes classified as a chronic neurological disorder if the headaches persist (which they do in tens of millions of people throughout the world). Sufferers of Migraine disorders may experience migraines several times a month, and at the worst, even on a daily basis.

The exact cause of migraine disorders vary from individual to individual, although it is hypothesized that they are related to chemical changes in the brain as well as genetics. Various ailments including Asthma, Chronic Fatigue Syndrome, Epilepsy, Hypertension, Stroke, Sleep Disorders, and more can also cause migraines in the sufferer. Some individuals (those with a migraine disorder or ailment that may cause migraines) are more predisposed to undergoing a migraine attack than others, but normal healthy individuals may experience a migraine from time to time depending on specific triggers. Known triggers of a migraine include: emotional stress; sensitivity to chemicals or preservatives in foods; excessive caffeine consumption; caffeine withdrawal; menstrual periods; side effects of medications; excessive fatigue; skipping meals; and changes in sleep patterns.

Thankfully, there are various medications and therapies that help manage a Migraine.

Those suffering from Migraines will be pleased to hear that one study in 2008 by Russo et al published in Neuroendocrinology Letters concludes, “Migraine, fibromyalgia, IBS and related conditions display common clinical, biochemical and pathophysiological patterns that suggest an underlying clinical endocannabinoid deficiency that may be suitably treated with cannabinoid medicines.”

With that said, studies have shown that cannabis may be quite useful for treating individuals suffering from migraine for the following reasons: relieving pain caused by the migraine; helping to manage anxiety and or depression associated with the various stages of a migraine; relieving nausea and possible vomiting; helping to regulate blood flow and relieve possible hypertension or high blood pressure; helping to restore appetite during a prolonged migraine attack; and with protecting the brain from damage and degeneration.

The cannabis plant offers a plethora of therapeutic benefits and contains cannabinoids and terpenoid compounds that are useful for managing a migraine. Although much of the scientific research surrounding cannabis has been focused on both Tetrahydrocannabinol (THC) and Cannabidiol (CBD) for their ability to be potent Analgesics and Anti-Nausea (Anti-Emetic) medicines, the following list denotes which cannabinoids and terpenoids also work synergistically with each other for possible therapeutic benefit: 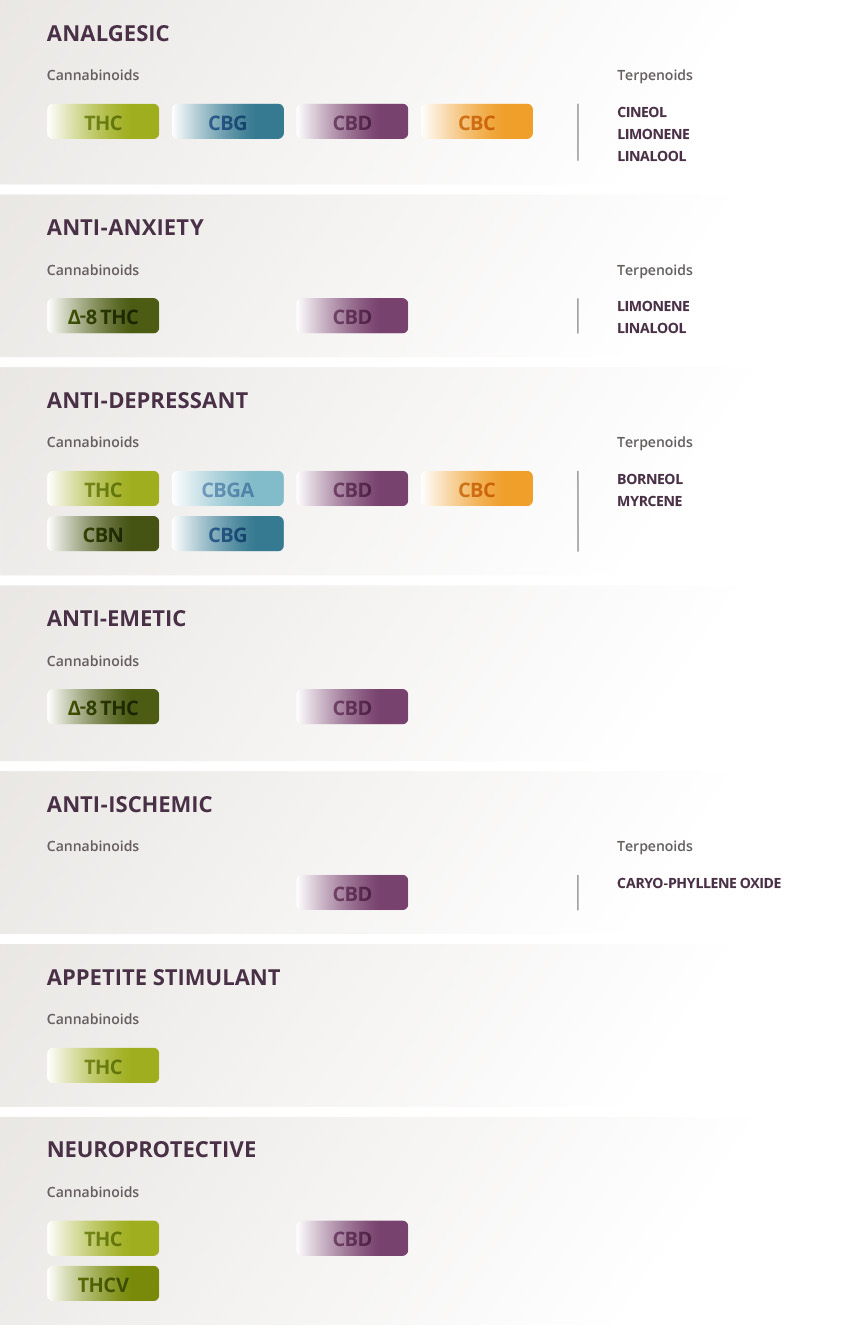 Hemp for headache: an in-depth historical and scientific review of cannabis in migraine treatment. Russo, Ethan.
Journal of Cannabis Therapeutics, 2001, 1(2): 21-92.

Cannabis for migraine treatment: the once and future prescription? an historical and scientific review. Russo, Ethan
Pain, 1998 May, 76(1-2): 3-8.