Insomnia, a clinical sleep disorder, is characterized by the sufferer’s inability to fall asleep and or stay asleep. The disorder comes in two forms: Primary Insomnia where the individual’s sleep problems are not the result of another ailment or disorder, and Secondary Insomnia where the sleep problems are the result of another ailment, disease, or disability - examples include chronic pain conditions such as arthritis or fibromyalgia; anxiety and or depression; epilepsy; recovery from chemotherapy; HIV/AIDS; recovery from addiction; psychological issues; stress, and even some side effects from medication can result in Insomnia.

Insomnia can be very debilitating and can lead to drastically lowered energy levels and tiredness throughout the day, difficulties concentrating, problems with memory, irritability, and it can even cause and or exacerbate depression. At the worst, chronic lack of sleep or sleep deprivation can cause neurological problems in the brain.

There are a number of medications and treatments that help tackle insomnia, and it is relieving to know that some cases of insomnia may not even need medical intervention.

Cannabis is a complex medicinal plant that may actually be used to treat a variety of debilitating symptoms caused by a surprisingly large number of ailments. Its usefulness as a non-lethal medicine cannot be overstated and its versatility in terms of how it can be consumed and as to how it can be useful for so many illnesses is something to be excited about. However, it is important to remember that consulting with your primary care physician should be your first priority when considering incorporating cannabis into one’s medical regiment and that cannabis is to be used as an adjunct therapy and not a replacement. It is also your responsibility to communicate with your doctor as to how your use of cannabis has affected your health and of your progress with utilizing medical cannabis.

Much of the recent research surrounding cannabis and its usefulness in treating insomnia is focused on the sedative effects of both Cannabidiol (CBD), Cannabinol (CBN), and even Tetrahydrocannabinol (THC). It is important to note, however, that the sedative effects often associated with THC are due to the synergistic terpenoids that work with it to provide a therapeutic effect useful for insomnia.

Overall, exciting studies have shown that cannabis may be quite useful for treating individuals suffering from Insomnia for the following reasons: assisting with falling asleep and overall quality of sleep; helping to manage possible anxiety and or depression; and with protecting the brain from possible damage and degeneration.

The cannabis plant offers a plethora of therapeutic benefits and contains numerous cannabinoids and terpenoid compounds that are useful for managing insomnia. 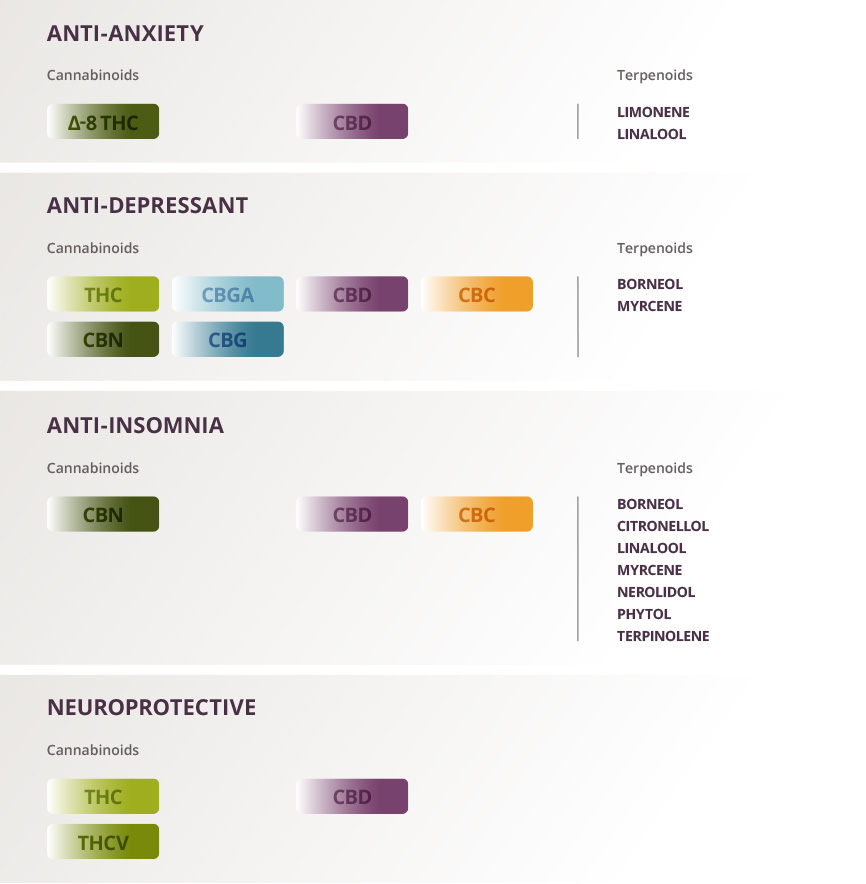 The role of the CB1 receptor in the regulation of sleep. Murillo-Rodriguez, Eric.
Progress in Neuro-Psycopharmacology and Biological Psychiatry, 2008 Aug 1, 32(6): 1420-1427.