While most individuals experience sadness and even depression from time to time given life events and circumstances, Clinical or Major Depression is a form of developed mental illness that severely affects individuals. The symptoms of the ailment include significant loss of energy, feelings of worthlessness and guilt on a daily basis, difficulties in making decisions, lack of interest in personal responsibilities, chronic restlessness, insomnia and/or excessive sleep, persistent feelings of sorrow or loss, significant gain or loss of weight, and chronic thoughts of suicide and death.

Major/Clinical Depression can last for years, even the lifespan of the sufferer; Dysthymia, a type of chronic long lasting depression often accompanies Major Depression. The illness makes living a normal life for the individual very difficult and unfortunately there is no set cure or therapy that will remedy the ailment. There are, however, a wide variety of psychological therapies and medications that may help the sufferer cope with and ultimately get past the ailment and it’s debilitating symptoms.

With that said, exciting studies have shown that cannabis and the non-psychoactive compound Cannabidiol (CBD) may be quite useful for treating individuals suffering from Depression for the following reasons: elevating mood levels to combat depression; reducing anxiety; and aiding with sleep to battle insomnia.

The cannabis plant offers a plethora of therapeutic benefits and contains cannabinoids and terpenoid compounds that are useful for tackling the symptoms of Clinical Depression. 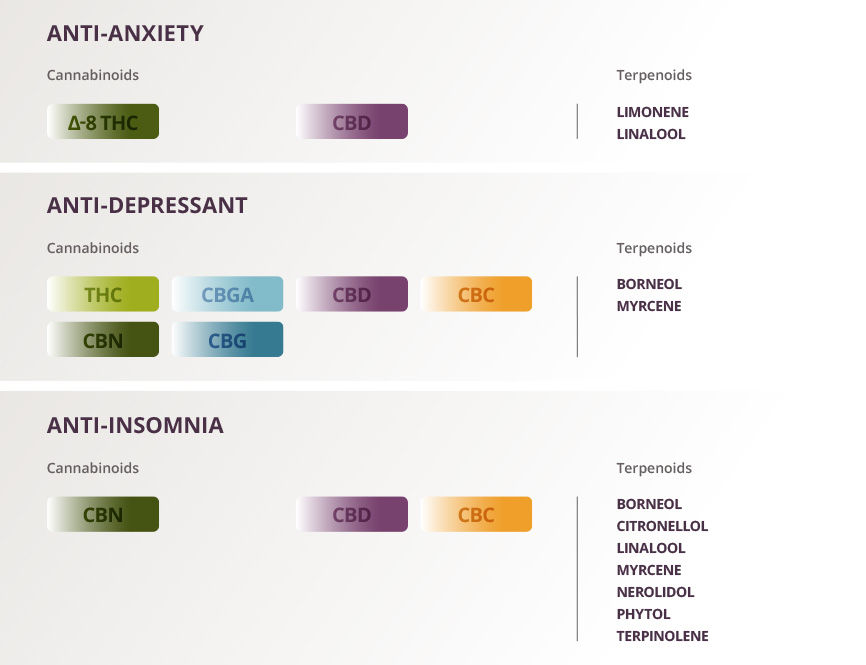 Enhancement of endocannabinoid signaling and the pharmacotherapy of depression.Mangieri, Regina A., et al.
Pharmacological Research, 2007 Nov, 56(5): 360-366.

A possible role for the endocannabinoid system in the neurobiology of depression.Serra, Gino, et al.
Clinical Practice and Epidemiology in Mental Health, 2007, 3(25).

Cannabinoids in bipolar affective disorder: a review and discussion of their therapeutic potential.Ashton, CH., et al.
Journal of Psychopharmacology. 2005, 19(3): 293-300.