Alzheimer’s Disease is a neurodegenerative disorder characterized by the progressive degeneration of an individual’s brain tissue. It is the most common form of dementia and symptoms of the disease typically begin with memory impairment which then progress to cognitive dysfunction, difficulties with comprehension, loss of physical coordination, speech impairment, possible psychosis, severe mental decline, and ultimately death. How quickly the disease progresses varies from individual to individual and unfortunately the symptoms of the disease are often mistaken for “signs of age” in sufferers.

Although the disease mostly affects people over the age of 65, the disease is not a natural result of aging. The exact causes of Alzheimer’s Disease are still unknown, and sadly there is currently no known cure.

It is exciting to know that the number of medical studies surrounding cannabis as a potential treatment for Alzheimer’s disease has grown over the past decade. Currently, there is a lot of interest in the neuroprotective properties of both Tetrahydrocannabinol (THC) and Cannabidiol (CBD), and one study published in the British Journal of Pharmacology by Campbell, et al in Jan 2009 concluded that, “...cannabinoids offer a multi-faceted approach for the treatment of Alzheimer’s disease by providing neuroprotection and reducing neuroinflammation, whilst simultaneously supporting the brain’s intrinsic repair mechanisms by augmenting neurotrophin expression and neurogenesis.”

In general, scientific studies have shown that cannabis may be quite useful for treating individuals suffering from Alzheimer’s disease for the following reasons: slowing disease progression; reducing anxiety; mood enhancing for dealing with depression; preventing possible psychosis; reducing agitation and night time tossing and turning; and stimulating appetite to aid with weight gain.

The cannabis plant offers a plethora of therapeutic benefits and contains cannabinoids and terpenoid compounds that are useful in the treatment of Alzheimer’s disease. Once again, THC and CBD have been the focus of much attention when it comes to medical research into the ailment, and it is important to remember that there are still other cannabinoids and even terpenoids that may help with treating the disease. 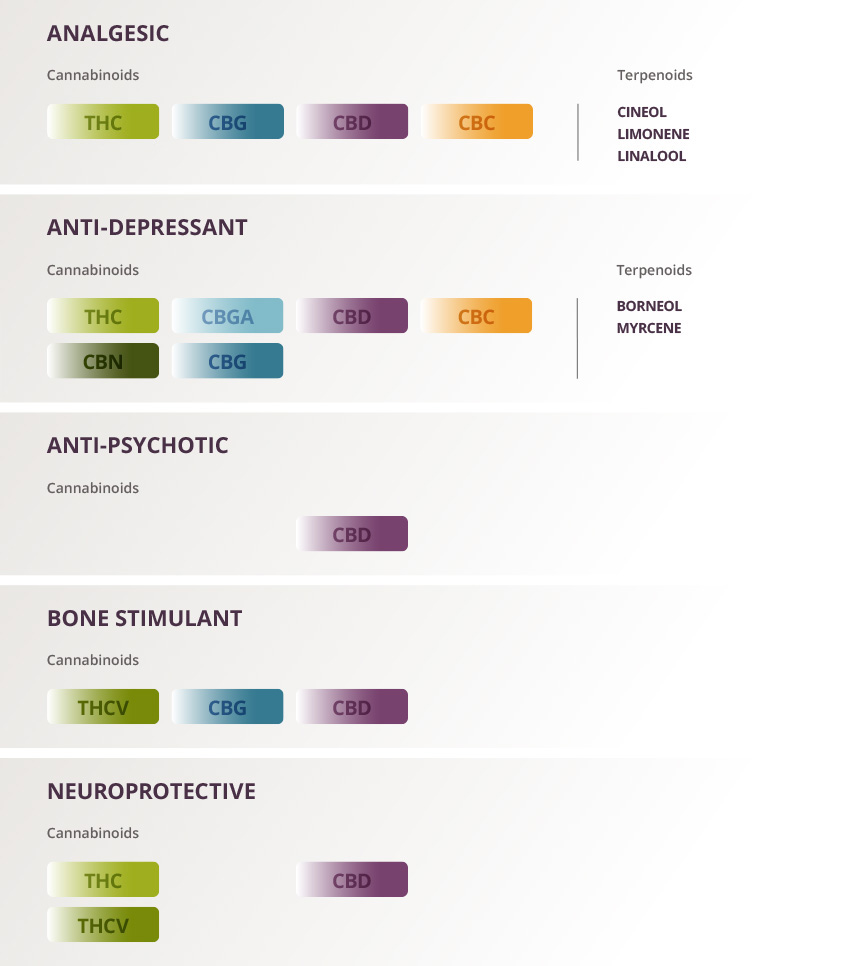 An introduction to the medical benefits of cannabis.Acton, Jeremy, et al.
NORML, 2011 Apr 4.

Cannabidiol: from an inactive cannabinoid to a drug with wide spectrum of action.Zuardi, Antonio Waldo
Revista Brasileira de Psiquiatria, 2008 Sep, 30(3).