While arthritis involves the painful inflammation of one’s joints, Rheumatoid Arthritis is an autoimmune disease (a condition in which the individual’s own immune system attacks itself) characterized by chronic and systemic inflammation throughout several parts of the sufferer’s skeletal system and body. It is a severely disabling ailment that often comes with chronic pain. The ailment is not restricted to just one’s joints, but may also affect one’s skin, eyes, lungs, heart, blood, and or nerves.

The exact cause of Rheumatoid Arthritis is unknown, although genetics, diet, hormonal, and environmental factors are all believed to contribute to its development in sufferers. The disease affects everyone differently and it may develop gradually or quickly. Current medical advances do, however, offer a number of treatments and therapies aimed at tackling the symptoms of RA as well as with helping the disease go into remission.

With that said, studies have shown that cannabis may be quite useful for treating individuals suffering from Rheumatoid Arthritis for the following reasons: reducing joint pain and swelling; suppression of joint destruction; and with helping to prevent progression/worsening of the disease.

The cannabis plant offers a plethora of therapeutic benefits and contains cannabinoids and terpenoid compounds that are useful for treating the painful symptoms of RA. Many of the current studies and research surrounding cannabis as a treatment for Rheumatoid Arthritis are focused on the anti-inflammatory properties of Cannabidiol (CBD) and on the usefulness of Tetrahydrocannabinol (THC) as an effective pain-reliever. In one study by Malfait et al., published in March of 2000 it was stated that, "Taken together, these data show that CBD, through its combined immunosuppressive and anti-inflammatory actions, has a potent anti-arthritic effect in CIA (collagen-induced arthritis)." 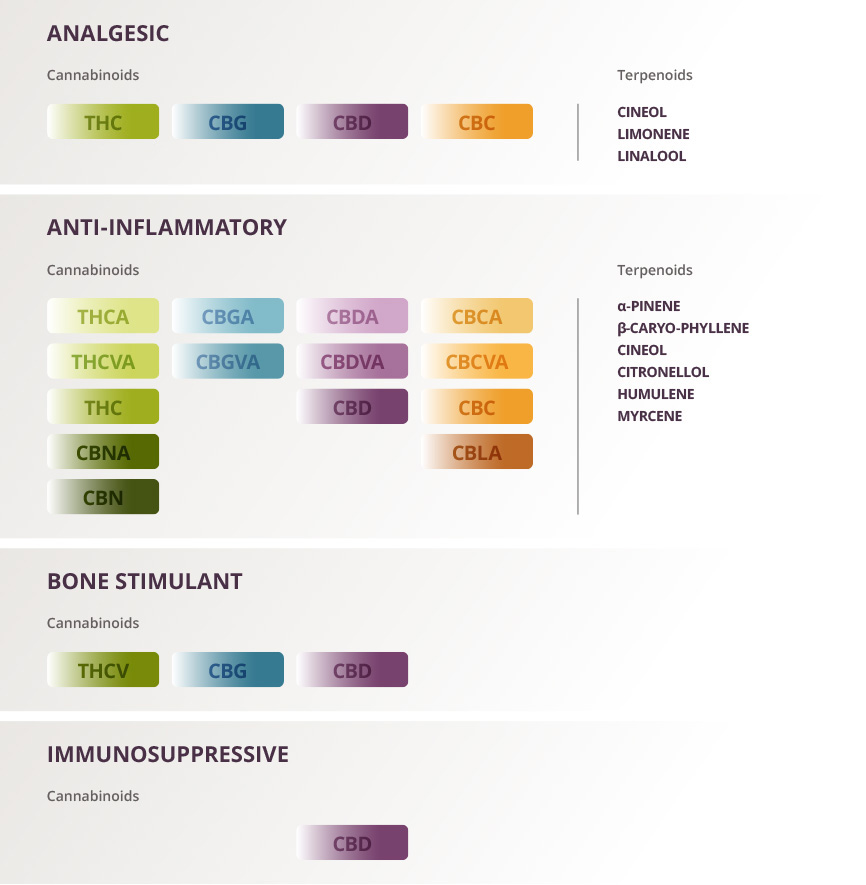 The use of a cannabis-based medicine (Sativex) in the treatment of pain caused by rheumatoid arthritis. Wright, S, et al.
Oxford Journals: Rheumatology, 2006 Jun, 45(6): 781 (correspondence).

Preliminary assessment of the efficacy, tolerability and safety of a cannabis-based medicine (Sativex) in the treatment of pain caused by rheumatoid arthritis. Blake, D.R, et al.
Oxford Journals: Rheumatology, 2006 Jan, 45(1): 50-52.

The nonpsychoactive cannabis constituent cannabidiol is an oral anti-arthritic therapeutic in murine collagen-induced arthritis. Malfait, A. M., et al.
Proceedings of the National Academy of Sciences of the United States of America, 2000 Mar 10, 97(17): 9561-9566.