Multiple Sclerosis or MS is an inflammatory autoimmune disease in which the sufferer’s own immune system attacks and damages the individual’s brain and spinal cord - the two primary components of the central nervous system. Symptoms of this severely debilitating ailment vary from individual to individual, dependent on how long and how far the disease has progressed but they include: loss of sensitivity or changes in sensitivity throughout various parts of one’s body; significant weakness and or stiffness in the muscles; very pronounced reflexes; muscle spasms; difficulty with moving parts of one’s body; difficulties with balance and motor coordination (ataxia); visual problems; difficulties controlling one’s bladder and bowels; chronic pain and the resulting fatigue. Depression, insomnia, and anxiety typically accompany the symptoms of MS.

The exact cause of MS is currently unknown but it is theorized that genetics, environmental factors, and even infections may all contribute to the development and progression of the disease. Sadly there is no known cure yet, but there are a number of medications and experimental treatments aimed at tackling the symptoms of the ailment.

Much of the focus surrounding cannabis as a possible therapy for MS has been aimed at exploring the usefulness of both Tetrahydrocannabinol (THC) and Cannabidiol (CBD) in treating numerous symptoms of the ailment. In fact, one review by Baker et al., published at the Department of Neuroinflammation in April 2003 states, “Cannabinoids provide a novel therapeutic target, not only for controlling symptoms, but also slowing disease progression through inhibition of neurodegeneration, which is the cause of accumulating irreversible disability.”

Exciting studies in general have shown that cannabis may be quite useful for treating individuals suffering from MS for the following reasons: significantly reducing pain, spasticity, and tremors; helping to manage nausea; helping to deal with incontinence; reducing possible anxiety; combatting depression and the resulting fatigue; and with delaying the onset and progression of the disease.

Although much of the research thus far concerning cannabis as an adjunct therapy to MS has been focused on THC and CBD, it is important to remember that the cannabis plant offers a plethora of therapeutic benefits and contains cannabinoids and terpenoid compounds that are useful for treating some of the other symptoms of Multiple Sclerosis. 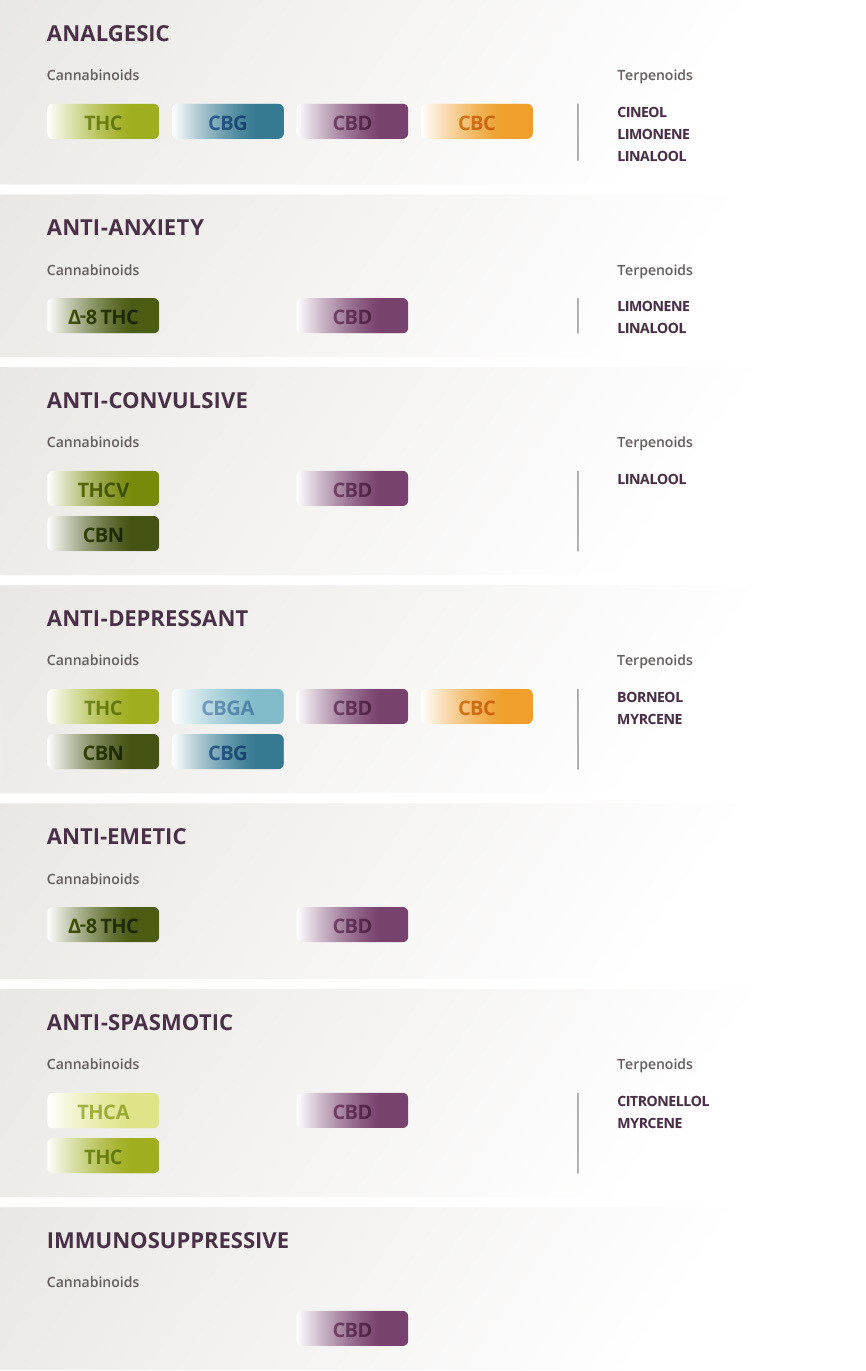