Amyotrophic lateral sclerosis (ALS), also known as Lou Gehrig’s disease, is a rare disease in which specific nerve cells in the brain and spinal cord slowly die. The disease affects motor neurons, which are responsible for controlling the muscles that allow you to move the various parts of your body.

Those afflicted with ALS gradually become more disabled as the disease progresses over time. ALS makes it hard to walk, speak, eat, swallow, and even breathe. These problems can lead to injury, illness, and eventually death. In most cases, death will occur within 3 to 5 years after symptoms begin, although some people do live for many years, even decades. Unfortunately, doctors have not been able to determine the cause of ALS, and studies have not suggested that the disease is hereditary. Currently there is no cure for ALS and conventional treatment options are limited.

With that said, exciting studies have shown that cannabis may be quite useful for treating individuals suffering from ALS for the following reasons: slowing disease progression; protecting the sufferer’s nerves from further degradation; significantly reducing pain caused by the disease; relieving anxiety; appetite stimulation to combat appetite loss; elevating one’s mood to combat depression; assisting with uncontrollable drooling.

The cannabis plant offers a plethora of therapeutic benefits and contains cannabinoids and terpenoid compounds that are useful for mitigating the debilitating symptoms of the disease. Scientific medical studies in both animal and human models, and surveys of ALS sufferers strongly suggest that Tetrahydrocannabinol (THC), Cannabidiol (CBD), and Cannabinol (CBN) are effective in combatting the onset and development of ALS symptoms. Additionally, the following chart denotes which cannabinoids and terpenoids work synergistically with each other for possible therapeutic benefit. It may be beneficial to seek out strains that contain these cannabinoids and terpenoids. 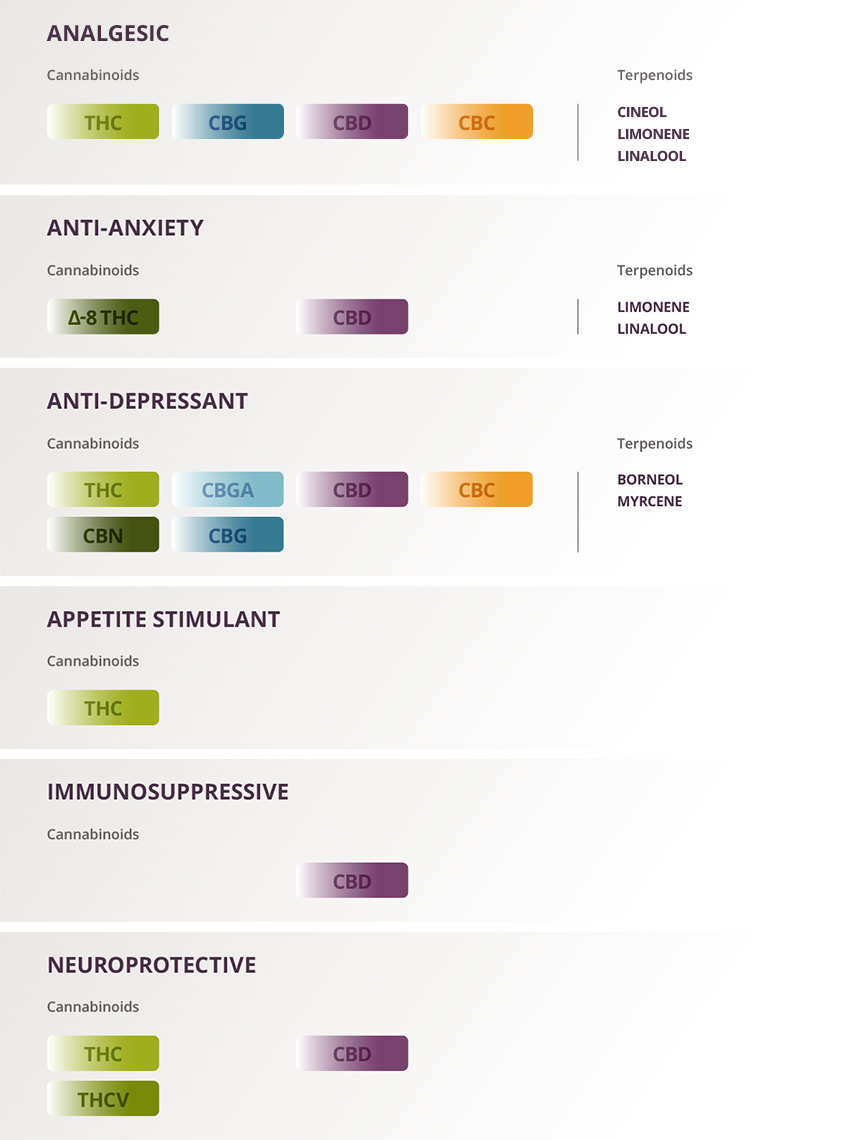 The endocannabinoid system in the inflammatory and neurodegenerative properties of multiple sclerosis and of amyotrophic lateral sclerosis.Rossi, Silvia, et al.
Experimental Neurology, 2010 July, 224(1): 92-102.